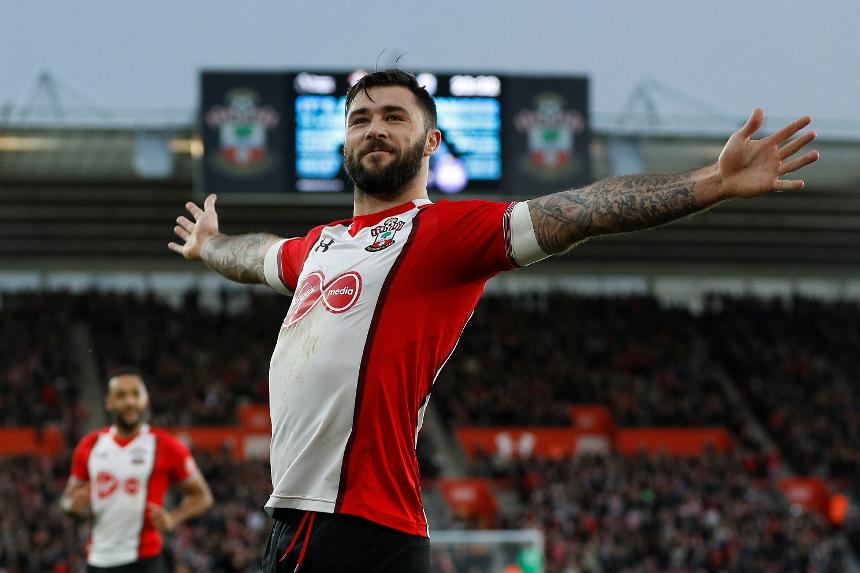 Ahead of Chelsea test on Saturday, Adrian Clarke says Saints striker is the best finisher of the teams fighting relegation

Hughes set to make his mark against Chelsea

With six matches to save their status as a Premier League club, Southampton do hold one distinct advantage over their rivals.

In Charlie Austin they boast the best finisher among the teams battling to stay up.

The 28-year-old's second appearance since his return from injury was as a second-half substitute at Arsenal, with a goal 78 seconds after coming on last Sunday.

He is the man Mark Hughes will turn to for inspiration over the closing stretch.

Despite starting only six PL matches all season, Austin is Southampton’s leading scorer with seven goals, three ahead of Manolo Gabbiadini.

Underused by previous manager Mauricio Pellegrino, the striker made nine consecutive appearances from the bench between August and early December, totalling a mere 138 minutes.

But since scoring twice on his first start of 2017/18, a 4-1 success at home to Everton, Austin has continued to make vital contributions whenever he has been fit and available.

Austin’s record in front of goal this season is remarkable.

Scoring for Southampton every 100 minutes, he is ahead of Harry Kane, Pierre-Emerick Aubameyang and Gabriel Jesus in the minutes-per-goal stakes.

*minimum five matches and one goal

At St Mary’s Stadium on Saturday Chelsea’s defenders must concentrate on tracking the runs Austin makes inside the 18-yard area.

As play is building up, especially in wide areas, he is one of the best at making subtle changes of direction that buy him room to convert chances.

Making clever angled darts that pull him off his markers, Austin’s eye for space and a 27 per cent conversion rate make him a dangerous presence in the box.

Five of his six goals from open play have stemmed from crosses, three of which have been headers.

When it comes to attacking deliveries from wide, Austin is excellent. Studying the players who create the most opportunities for him (see table below) the pattern is confirmed.

Those team-mates regarded as Southampton’s best crossers tend to supply the most ammunition for their leading marksman.

Therefore, it will be vital for Hughes’ men to pour down the flanks during the final few weeks of the campaign.

Most chances created for Austin

It has not been a successful season for fellow front men Shane Long (13 starts, 2 goals), Gabbiadini (11 starts, 4 goals) or Guido Carrillo (five starts, 0 goals) so I would be surprised if Hughes does not turn to Austin in the vital matches to come.

Such is his outstanding movement and finishing, should Southampton stay up, Austin will most likely be their saviour.