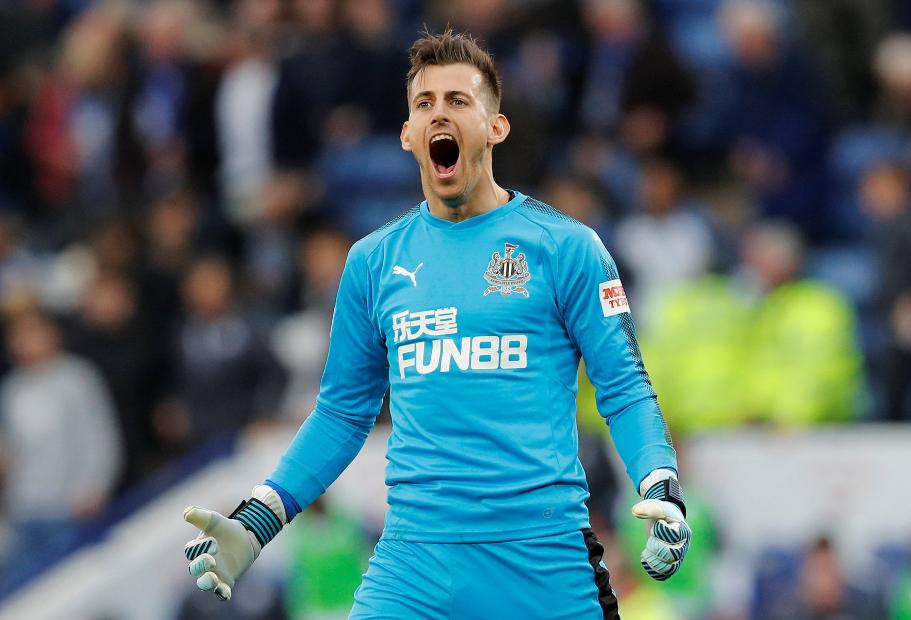 How Kenedy has given Newcastle fresh impetus

The arrival of goalkeeper Martin Dubravka on loan from Sparta Prague in January has proved to be an important moment of Newcastle United's season.

Four wins in six matches since the Slovakia international came into the side have taken the Magpies up to 10th place.

Now only two points shy of 40, Rafa Benitez’s men must believe a home win over Arsenal this Sunday would all but secure their Premier League status.

Replacing Rob Elliot and Karl Darlow, who had shared goalkeeping duties across the first 26 matches, Dubravka immediately stamped his mark.

He had an impressive debut at home against Manchester United, as Newcastle won 1-0, and has since produced a string of assured displays while keeping two more clean sheets.

One of Dubravka’s great strengths is his command of his penalty area.

When crosses are sent into into the box, the 29-year-old is much more confident than his goalkeeping team-mates at claiming the ball.

This was an area that Elliot particularly struggled with. On average he makes half the number of catches, while in 16 starts he failed to claim four crosses that he came out for.

Statistically, Dubravka is in fact the most prolific taker of crosses in the competition. This strong presence and assertiveness has helped relieve pressure at key moments.

He has not been overworked but, when called upon, Dubravka has made a number of fine reaction saves.

Three stand out. On his debut he sensationally denied Anthony Martial in a one v one, and he has made spectacular stops to thwart Steve Cook and Dejan Lovren from set-pieces.

His speed and decisiveness as a "sweeper keeper" must also have attracted Benitez in recruiting him.

Dubravka’s willingness to come out of his area and clear danger has allowed Newcastle to push forward and play further up the pitch.

It should also be noted that the Slovak has benefited from consistent team selection. Benitez's back four has been unchanged across the last six PL matches.

Paul Dummett, Florian Lejeune, Jamaal Lascelles and DeAndre Yedlin have formed a solid rearguard that appears to offer their goalkeeper better protection than at any other stage of the season.

Dubravka averages 1.5 saves per appearance, compared with 3.5 for Darlow and 2.8 for Elliot.

Free-scoring Arsenal will certainly not find it easy to break down Newcastle's defence, or beat Dubravka, on Sunday.

Part 2: How Kenedy has given Newcastle fresh impetus
Part 3: Eriksen and Silva worthy of centre stage
Part 4: Why Austin can be Southampton's saviour