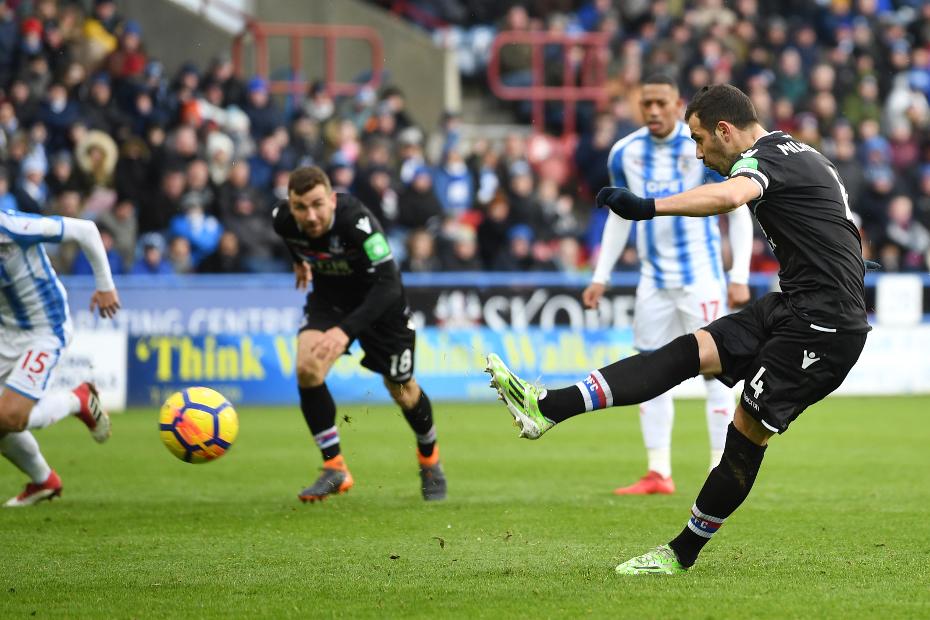 Crystal Palace midfielder has scored six goals from the spot in 2017/18, a PL high

Tomkins on crucial three points in massive game External Link
Cech: I have never had to wait so long!

This week we are looking at the art of penalty taking in the Premier League.

The Serb's sixth successful spot-kick leaves him with double the tally of the next-best player, Wayne Rooney.

But the Everton forward would be level with the Palace player had he not missed half his penalties this campaign.

Milivojevic has failed to score with only one of his seven efforts from the spot.

His last-minute kick was saved by Ederson in December as Palace missed the chance to end Manchester City's unbeaten start to the season.

The penalty won by Andros Townsend at Huddersfield Town was the eighth that Palace have been awarded this season, putting them level with Everton at the top of that chart.

Man City are next, with six penalties won. Perhaps surprisingly, they are the only PL club in the current top six places who are also in the top eight of the rankings for penalties given.

Burnley are the only team yet to win a spot-kick this season.