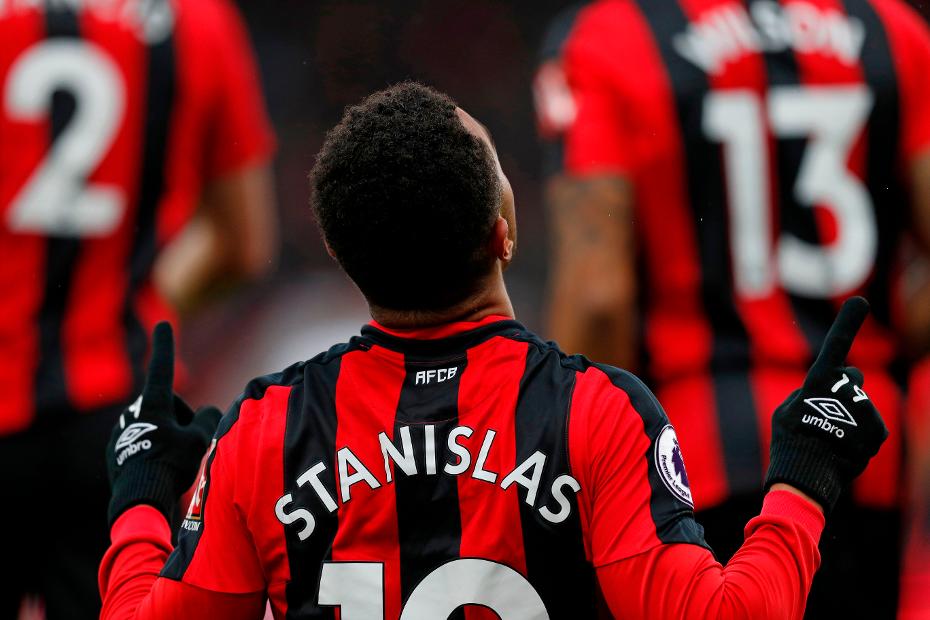 Thinking of overlooking Salah for the armband? The Scout looks at the less popular players who can make a huge impact

Overlooking Mohamed Salah (£10.6m) for the Fantasy Premier League captaincy is a dangerous tactic, but could be worth the risk for managers.

Beyond the Egyptian and his Liverpool team-mates, there are some worthy candidates to consider in Gameweek 31.

Junior Stanislas (£5.9m) is one such in-form option.

Since returning from injury in Gameweek 24, the winger has produced three goals and two assists in seven appearances.

And over the last six Gameweeks, Stanislas's eight shots on target rank him joint-top with Salah among all FPL midfielders.

Huddersfield Town striker Steve Mounie (£5.8m) is another to consider.

Mounie has produced two goals and a pair of assists in the last four Gameweeks ahead of a home encounter with Crystal Palace.

Owned by just three per cent of managers, Mounie netted twice against the Eagles in a 3-0 win at Selhurst Park in Gameweek 1.

Shaqiri and an 'extreme differential'

The Stoke City player has averaged 5.9 points per match since the appointment of Paul Lambert as manager in Gameweek 24.

Shaqiri has produced three goals and an assist in his last seven outings.

The Turk is in just 20,000 squads, making him an extreme differential for those attempting to make up ground with their captaincy choice.