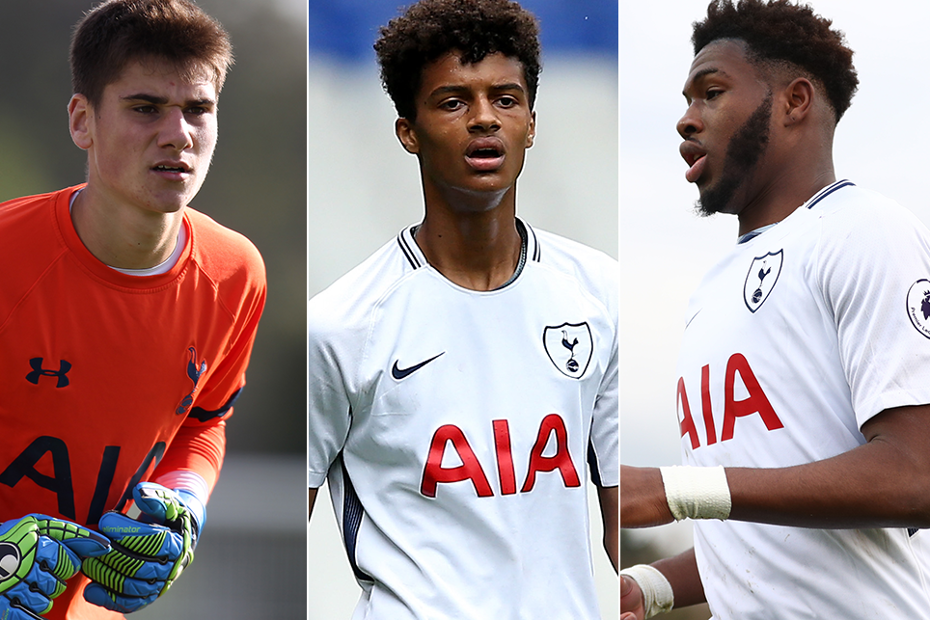 Ahead of their Under-18 Premier League Cup final at Chelsea on Sunday, we profile a Tottenham Hotspur trio

Ahead of Tottenham Hotspur facing Chelsea in the inaugural U18 Premier League Cup final this Sunday, we look at three players from Spurs who have been key to them reaching the final.

A Belgium Under-18 international, De Bie, pictured above left, has impressed in goal for Spurs, starting in every match en route to the final.

His development was disrupted when he ruptured his spleen on international duty a year ago, but he has recovered to captain Spurs' Under-18s this season.

Lyons-Foster, above centre, is a right-footed defender who can play at left-back or centre-back.

The England Under-17 international has featured 20 times for Spurs this season.

This has included moving up to Premier League 2, where he has played two matches. He has also twice played in the Premier League International Cup, including a 7-2 win over West Ham United

Griffiths, above right, is Spurs’ top Under-18s scorer this season.

He has 17 goals from 14 Under-18 Premier League matches. He also has four goals in as many matches in the U18 PL Cup, helped by a hat-trick against Arsenal.

The 17-year-old, who started as a winger before moving up front, has also made a couple of PL2 appearances this term.

A big day for our youngsters who take on Chelsea in the U18 League Cup final this afternoon! 💪