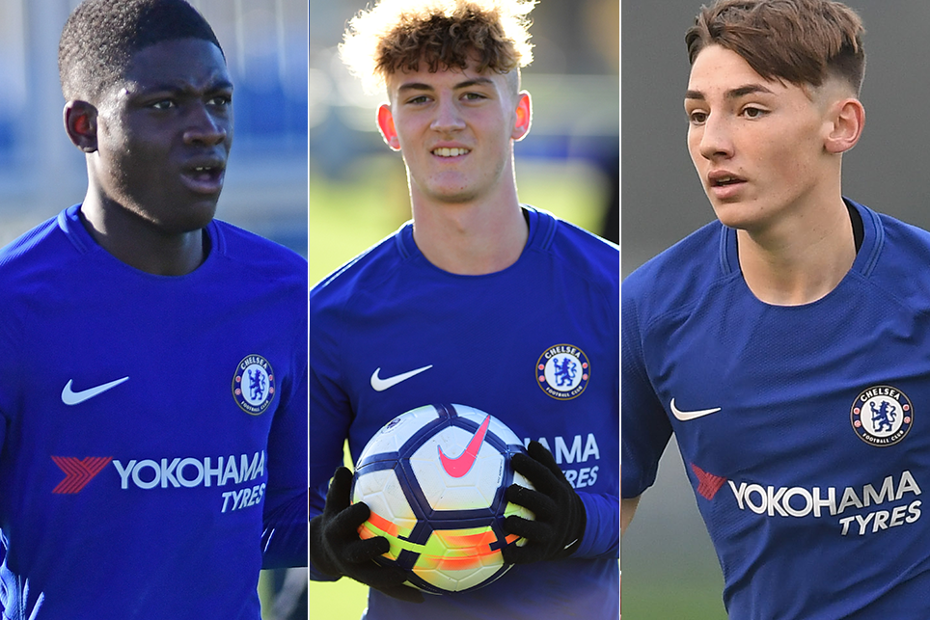 Chelsea take on Tottenham Hotspur in the inaugural U18 Premier League Cup at Cobham Training Centre this Sunday.

Here we take a look at three players from Chelsea who have been key to them reaching the final.

Born in Camden, north London, Mola, pictured above left, can play as a left-winger or left-back. He joined Chelsea as an Under-14 player.

An England Under-17 international who turned 17 this month, Mola has made four U18 Premier League Cup appearances and has scored twice in 11 U18 league outings in 2017/18.

Signed from Ipswich Town in 2016, the 18-year-old forward, above centre, has been prolific in his two seasons at Chelsea.

Brown scored 10 goals from five U18 Premier League starts last season, including four as a substitute against Brighton & Hove Albion.

The 16-year-old midfielder, above right, joined from Rangers in the summer and has established himself as a regular in the Blues' U18s.

The Scotland Under-17 international has appeared in four U18 Premier League Cup matches, and has five goals from 13 league matches.