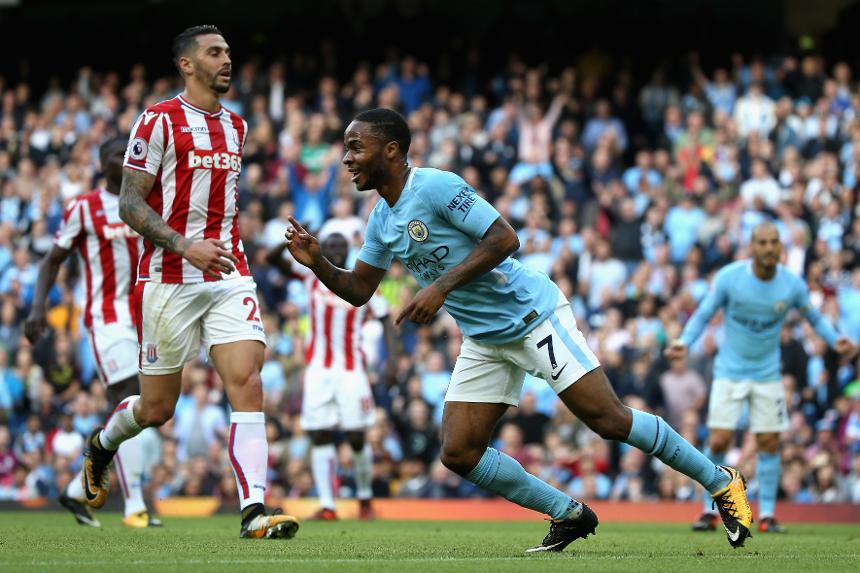 Man City winger may return to face team against whom he got his best points haul, says The Scout

The owners of Raheem Sterling (£8.7m) face a dilemma this weekend.

Almost a million Fantasy Premier League managers have sold the Manchester City winger since injury forced him out of the Gameweek 28 victory over Arsenal.

But Sterling is back in training and could return after a two-Gameweek absence at Stoke City on Monday night.

But the remaining 20.5% of managers who have kept Sterling face a potential points haul by holding on, especially if they look at the last time he faced Stoke.

Sterling produced his season-high tally of 15 points in the 7-2 home win against the Potters in Gameweek 8.

But, his owners should also be aware that Man City follow their trip to the bet365 Stadium by sitting out Gameweek 31 because of their involvement in the FA Cup quarter-finals.

On the other side of Manchester, Jesse Lingard (£6.1m) could retain his starting place for the visit of Liverpool to Old Trafford.

Anthony Martial (£7.9m) is set to miss out again for Manchester United, with Lingard in line for a ninth start in the last 10 Gameweeks.

But Fantasy managers continue to ship out the winger.

Lingard and Man Utd will sit out Gameweek 31 due to their FA Cup quarter-final, ensuring he is the third most-sold midfielder after a run of one goal in seven appearances.