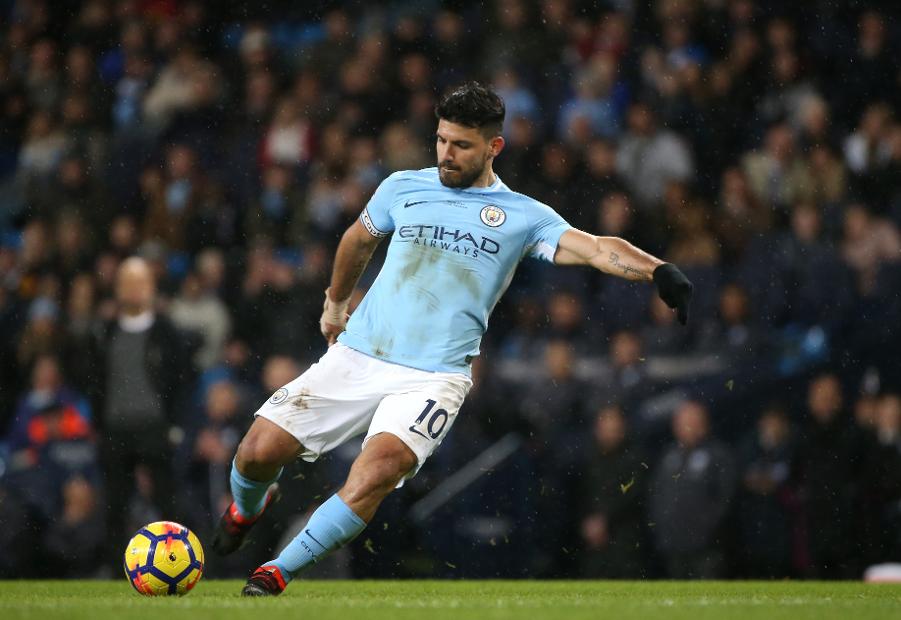 The Scout analyses alternative captain candidates, including the Man City striker with a history of goals at Stoke

GW30 Ones to watch: Leroy Sane

With Mohamed Salah (£10.6m) visiting Old Trafford in Gameweek 30, Fantasy Premier League managers may widen their search for a captain.

Rested for the midweek UEFA Champions League match with FC Basel, Sergio Aguero (£11.9m) will take on Stoke City on Monday having scored eight goals in the last six Gameweeks.

The Manchester City striker’s average of 7.0 points per match betters all other regular starters up front.

Owned by 26.7% of managers, the Argentinian has also scored twice in each of his last two trips to the bet365 Stadium.

Romelu Lukaku (£11.2m) goes into the home encounter with Liverpool in confident mood.

The Manchester United striker has five goals and an assist in his last six appearances across all competitions.

He has also scored in back-to-back PL matches for the first time since Gameweek 18.

Hazard has produced five goals and an assist in the last six Gameweeks, including a 16-point return against West Bromwich Albion in his previous appearance at Stamford Bridge.

The Chelsea winger will face a Crystal Palace defence who have conceded in each of their last six road trips.

Mahrez has scored or assisted in 10 of his last 13 Gameweek starts ahead of a trip to West Brom.

His team-mate Jamie Vardy (£8.7) enjoys The Hawthorns, having found the net in his last three league visits there.

Only Manchester City, with 51 goals, have scored more than Arsenal's 36 goals in front of their own fans.

The Gunners host a Watford defence with just one clean sheet from seven away matches.