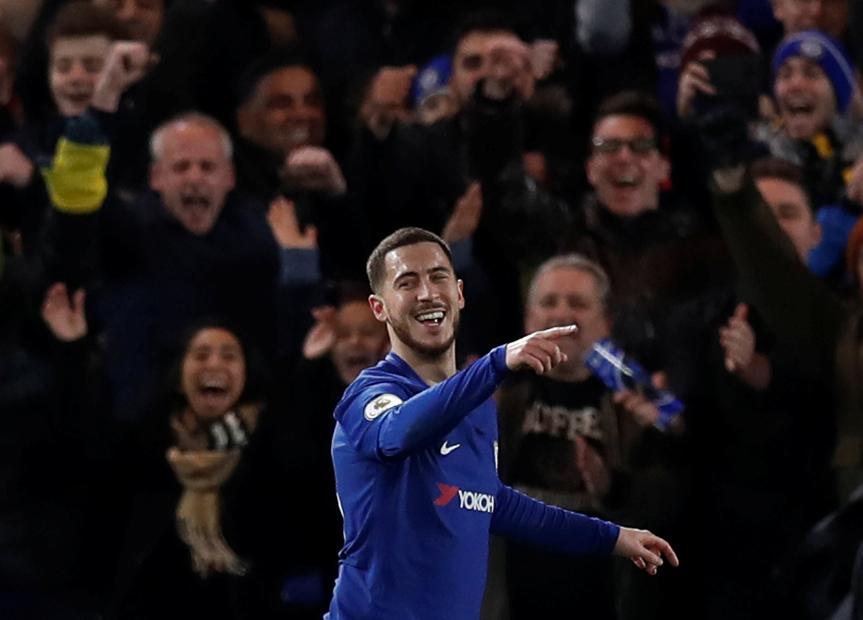 Eden Hazard (£10.7m) gave a reminder of his potential as a differential in the highest-scoring Gameweek of the Fantasy Premier League season.

The Chelsea midfielder fired a brace of goals and claimed the maximum three bonus points to total 16 points in the win over West Bromwich Albion.

With Mohamed Salah (£10.4m) and Sergio Aguero (£12.0m) also delivering 13 and 21-point scores respectively, it raised the average score for an FPL manager in the Gameweek to 61, the highest of the season.

Hazard’s contribution was crucial to his 474,000 owners, particularly the 119,000 who handed him the captaincy.

It moved the Belgian to 138 points for the season, ranking him among the top 10 overall scorers in FPL.

Significantly, he is one of only two players in the top 10 with less than 10% ownership, or teams selected by (TSB). Riyad Mahrez (£8.6m) is the other.

Despite scoring six goals in his last six Gameweeks, Hazard has lost more than 215,000 owners over that spell.

Managers being put off

Managers considering bringing in Hazard should be aware of Chelsea's testing back-to-back away matches at Manchester United and Manchester City next up.

Despite that record and his average of 10.5 points per match over the past four Gameweeks, FPL managers still seem unconvinced.

Hazard’s ownership continues to decline, with 8,000 managers signing him ahead of Gameweek 28, but 13,000 selling.

That could play into the hands of those looking to hold on to the Belgian through those tough fixtures.

Given his form and modest ownership, Hazard’s influence on the FPL season as a big scoring differential could be significant.

Part 1: GW27 Lessons learned: Rush for Aguero has its risks