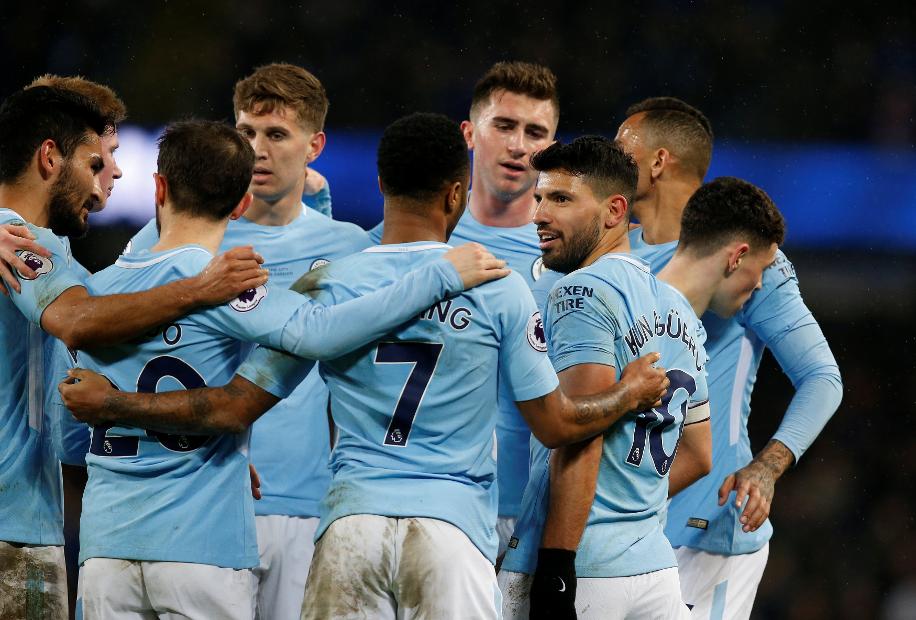 Messi: City are one of the strongest teams around External Link

The 21 points Sergio Aguero (£12.0m) earned in Gameweek 27 was a record in Fantasy Premier League this season, but managers rushing to bring in the Manchester City striker should realise they are taking a risk.

The Argentinian's four-goal blast against Leicester City has convinced more than 64,000 managers to transfer him into their squads ahead of Gameweek 28.

Second only to Salah

This is second only to the 8.3ppm that Mohamed Salah (£10.4m) boasts, the highest among players with more than one start.

But caution is needed from FPL managers before drafting in Aguero.

They need to consider that Man City have three fixtures before they are back in Premier League action in Gameweek 28.

After that, a Wembley Stadium meeting with Arsenal in the final of the Carabao Cup beckons on Sunday 26 February.

This means that Aguero will not score his next points in FPL until Thursday 1 March, when Arsenal will again be the opponents in Gameweek 28.

Not only is there the potential for injury and suspension over this period, but there is also a chance that the Premier League fixture with Arsenal could be postponed.

A draw with Wigan would force an FA Cup replay that would replace their Gameweek 28 fixture.

Also, with Gabriel Jesus (£9.9m) potentially only two weeks from a return from injury, Guardiola could have the option to rotate his strikers by the time the Arsenal league match comes round.

This all means that FPL managers should show caution.

Aguero's price has risen to £12.0m since Saturday's haul and may well rise again before the next deadline on 24 February if demand for him continues.

But for managers who have yet to line up a move for the striker and can afford to delay their transfer, there is every incentive to wait it out.