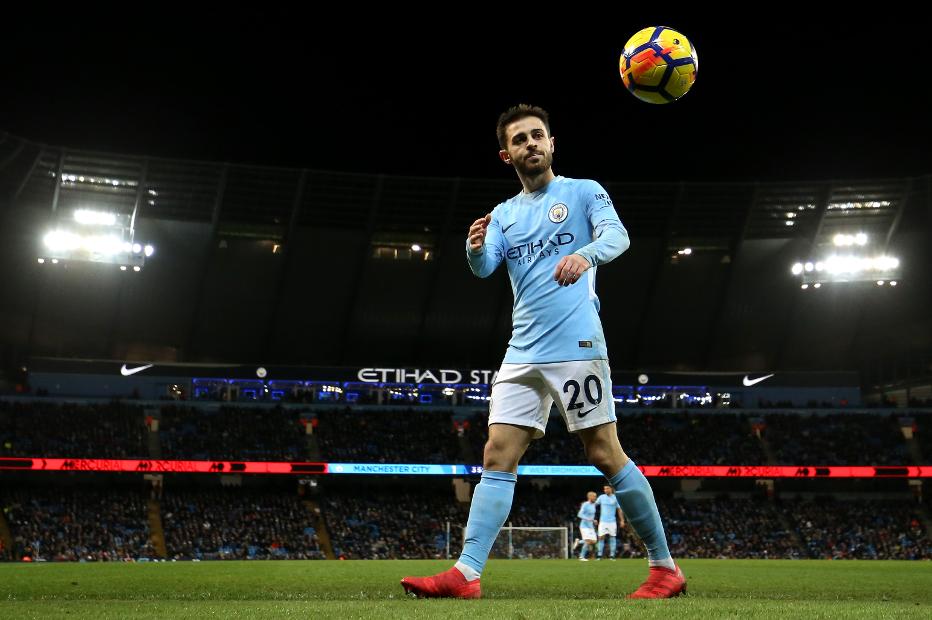 The Scout is selecting five players to target ahead of Gameweek 27 in Fantasy Premier League.

The Manchester City attack have been a source of points to FPL managers, but rarely have they offered a value option to rival Bernardo Silva.

Injuries to Leroy Sane (£8.3m) and Gabriel Jesus (£9.9m) have allowed the Portuguese midfielder to step into Pep Guardiola’s line-up.

In the starting frame

He has been named in the City XI in the last four matches across all competitions, producing three assists.

Silva also has a goal or an assist in six of his last eight appearances.

Indeed, despite struggling to cement a starting role beforehand, Silva’s output in FPL is impressive.

Like his Belgian team-mate, creativity is key to Silva's appeal.

He has created a chance every 40.8 minutes, almost identical to the rate of every 40.3 minutes that David Silva (£7.9m) boasts.

They both lag behind only De Bruyne (28.5 minutes) in the Man City ranks.

Foxes on a poor run

In Gameweek 27, Guardiola’s side host Leicester City, whose defence have conceded twice in three of their previous four away matches.

They have scored 45 times at home this season, more than any side, averaging more than three goals a match over their last six at the Etihad Stadium.

Silva was also on the scoresheet when the two teams last met, in the quarter-finals of the Carabao Cup in December.

Buoyed by his increased opportunities, the in-form player can prove an effective differential in Fantasy, since he is part of only about 54,000 squads.

Silva looks an astute short-term target, either as a partner for an existing Man City option, or as a single cut-price route into the Premier League's most prolific attack.