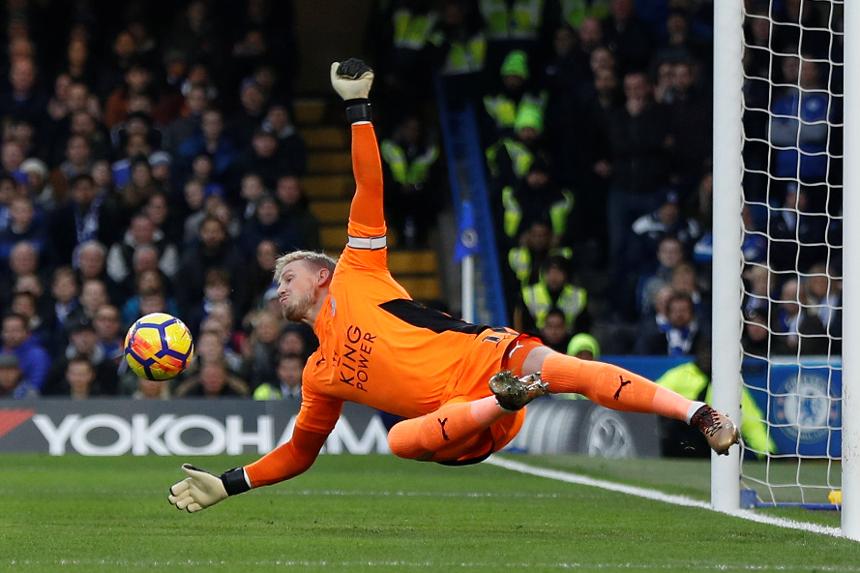 From back to front, the Leicester squad offers FPL managers form and good fixtures, says The Scout

Saturday’s goalless draw with Chelsea at Stamford Bridge has alerted many to the potential in their defence.

Claude Puel’s side have kept back-to-back clean sheets and, over the last two matches, are the only side not to concede a big chance (an opportunity where the receiving player is expected to score).

Bonus at the back

Of the Leicester defence, Harry Maguire (£5.4m) has claimed over 20,000 new owners, the most for an FPL defender ahead of Gameweek 24.

But it was Kasper Schmeichel (£5.0m) who top-scored from their back five at Stamford Bridge after making seven saves to pick up the maximum three bonus points.

And the Dane is ranked joint-top for bonus points among goalkeepers, tied with Pickford and Nick Pope (£4.8m) on 12.

He had supplied a goal or an assist in eight of his last nine Gameweeks before Saturday’s lively performance.

Marc Albrighton (£5.5m) has stood out as a cut-price alternative in recent matches.

He had produced a goal and five assists from eight starts ahead of the Chelsea stalemate.

Jamie Vardy (£8.5m) should also be reassessed as a forward option.

He has lost more than 181,000 in ownership since Gameweek 19 but, ahead of a favourable stretch of fixtures, can make a play for a spot in FPL squads.

Leicester have four home matches over the next six Gameweeks, with all four of those opponents scoring only two in the Fixture Difficulty Rankings (FDR).

From back to front, Leicester City can make a crucial contribution to FPL squads over that run.