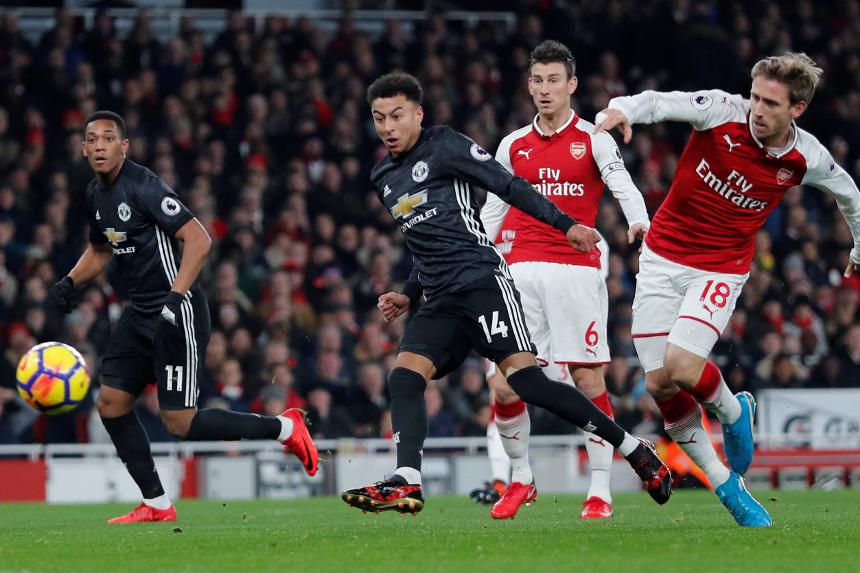 Mourinho: We can still play without Pogba External Link

To suggest that Paul Pogba's suspension for the Manchester derby on Sunday is a blessing in disguise for Jose Mourinho might be an exaggeration but the Manchester United manager's strategy should not be adversely affected, says Adrian Clarke.

In a match against a free-flowing Manchester City side, defensive discipline will be of paramount importance so Mourinho may even feel a little more secure with Ander Herrera or Marouane Fellaini alongside Nemanja Matic in the heart of his midfield.

For all his good work against Arsenal last weekend, especially on the counter-attack, Pogba did not track back or fill into his position on a regular basis.

Pogba left much of the defending at Emirates Stadium to Matic and United's back five, preferring to stand in pockets that he could exploit on turnovers.

Facing a side in Man City who have scored 46 goals already, Mourinho will not want his players wandering away from their positions too often.

Late fitness tests will determine who starts but the heat maps below show how well Fellaini, who also broke forward to score twice, kept his discipline against Crystal Palace on his last Premier League start.

The same can also be said of Herrera who was picked to face Chelsea.

If he's fit enough to return from injury I would not be surprised if Fellaini was given the task of replacing Pogba, ahead of Herrera.

The Belgian's physicality alongside Matic can help contain City's stars.

Like Pogba, Fellaini also brings height to the side, which will be vital when defending corners at the near post as well as attacking set pieces at the other end of the pitch.

Fellaini has scored three times this season, compared with Herrera's none, and would be dangerous running on to balls put into the City penalty box.

His presence may also have an unsettling effect on the City defence and leave space for a team-mate to profit.

The leaders have looked a little shaky from crosses of late but you would be wrong to try to use Angelo Ogbonna's goal for West Ham United last weekend to argue that Pep Guardiola's men are hugely vulnerable to high balls.

Ogbonna's goal is the only header City have conceded in the Premier League this season.

So even though United are visibly the more powerful team in the air, it is not a given they will rule in this department.

If the pattern of this match goes as expected, United must be ready to soak up lots of pressure.

However, they still need to have outlets that will threaten City on breakaways.

Without Pogba's running power and ability to travel with the ball on counter, the in-form Jesse Lingard will become even more integral to their tactical approach.

Playing in a free role at No 10 in his last two appearances, Lingard has been absolutely outstanding, running amok inside the final third.

Scoring three goals, making one assist, and creating a further five chances against Watford and Arsenal, Lingard will need to be tracked every step of the way by City's holding midfielder Fernandinho.

To contain Lingard, Fernandinho, at 32, will need to cover a lot of ground.

Popping up all over the opposition half, Lingard made more sprints (167) than any team-mate against both Watford and Arsenal.

Working exceptionally hard on and off the ball to make an impact, Lingard's energy and hunger will be invaluable to his team in this derby.

Clearly, Pogba will be a huge miss, but the likes of Fellaini and Lingard are capable of making themselves unlikely heroes.

Part 1: How Spurs can return to winning ways
Part 3: Calvert-Lewin can rise to the occasion at Anfield