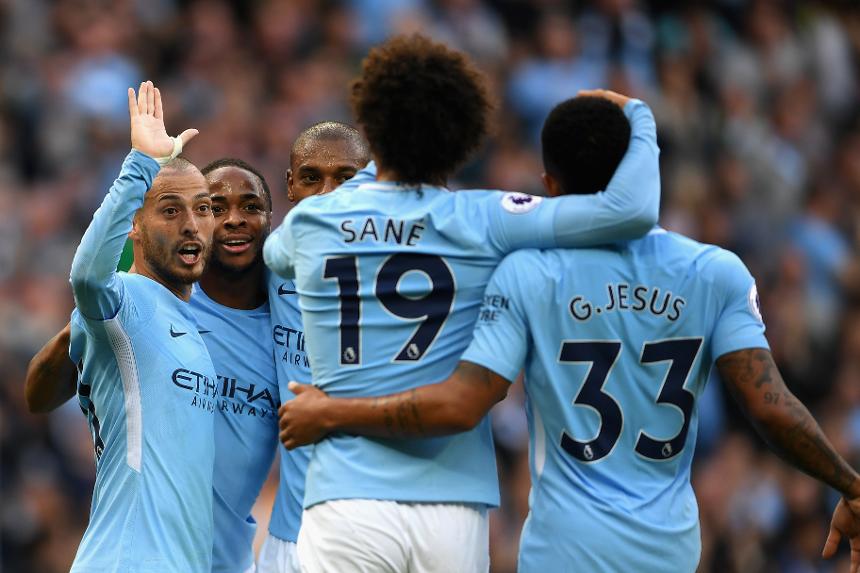 Pep Guardiola's side have had 10 different goalscorers, but have some way to go to catch rivals' record

Bernardo: KDB one of the world's best External Link

'This was the best yet' says Guardiola External Link

Goals have been coming from all angles as Manchester City set a pace that would set a record for the most scored in a Premier League season.

City are the first side in PL history to have had three players score as many in their first eight matches of a season.

It took to 10 their total number of different goalscorers this season, with Leroy Sane, Nicolas Otamendi, Fabian Delph and Kevin De Bruyne the others to get on the scoresheet.

But, surprisingly, this is still short of the record for the most number of different goalscorers after the first eight matches of a season.

Four teams have had higher number, including City themselves, with 12 players in 2008/09.

Teams with most goalscorers after eight matches

As for the record for the most different goalscorers in a season by a club, Pep Guardiola's team are only halfway there.

That Man Utd side of 2012/13 overall had 20 different goalscorers by the season's end as they marched to the title.

Sir Alex Ferguson used 23 outfield players in that campaign, meaning that 87% of their squad scored.

City have so far used 18 outfield players, of whom 56% have scored.

But with Guardiola known to rotate his squad and City scoring a variety of goals, there should be many more chances for more to join the goalscoring club.