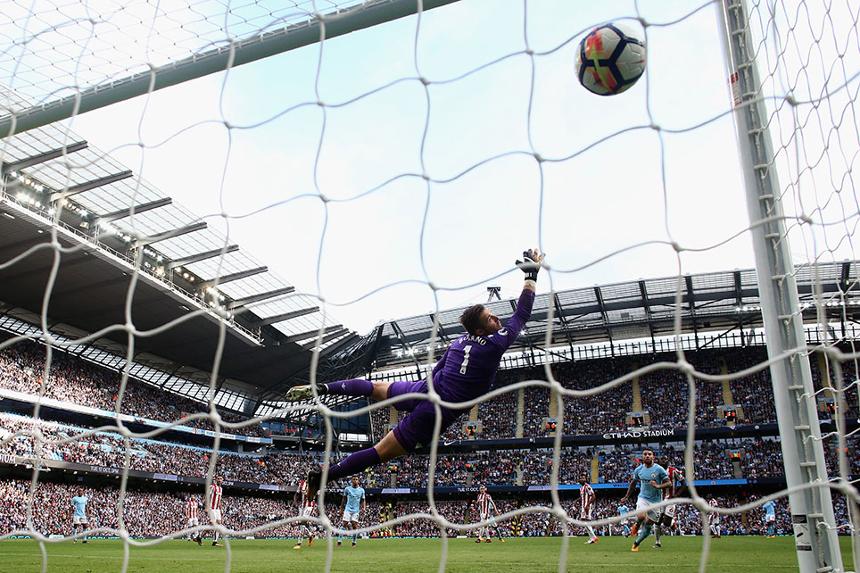 Manchester City are on course to beat the record for goals scored in a Premier League season after their latest spree.

The 7-2 victory over Stoke City on Saturday took their tally this season to 29 goals, as many as they scored in the whole of 2006/07.

The last team in the English top flight to score as many in their first eight matches of a season were Everton, with 30, in 1894/95.

By this stage of the season, Carlo Ancelotti's Blues had scored only 18 goals.

The only two other teams to score more than 100 goals in a Premier League season, Man City and Liverpool, both in 2013/14, were significantly down after eight Matchweeks.

While City had scored 20 goals, Liverpool had a mere 13.

However, a recent City side have enjoyed a similar goal-filled start, only for the scoring to fall off.

The 2011/12 Man City team had scored 27 goals after eight matches, but ended the season on 93 in total, which they needed to win the title on goal difference.

But, the omens look good for Pep Guardiola's side. The last time Stoke let in seven goals in a match was against that record-setting Chelsea side, in April 2010.