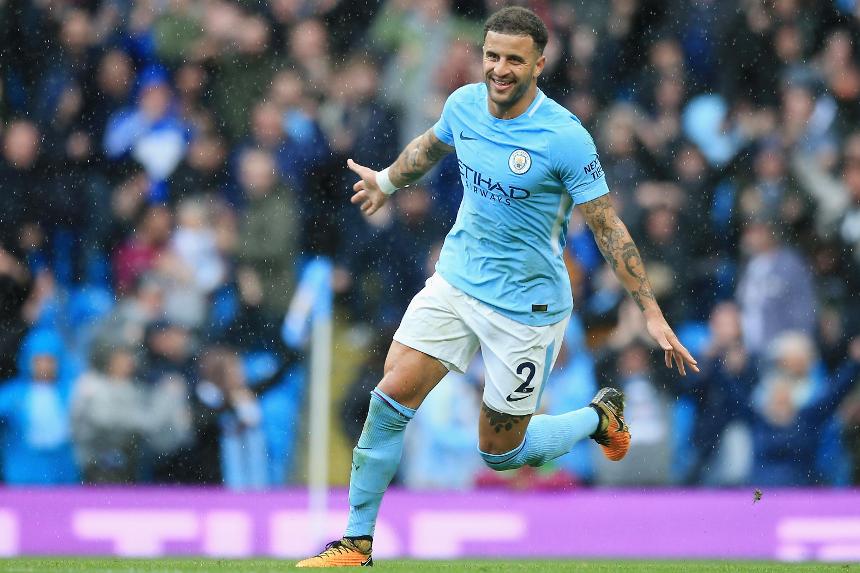 The Scout selects a five-man backline for the first time as he names his best Fantasy Premier League XI for Gameweek 8.

The Poland international ranks top for saves (29) and save points (seven) ahead of his meeting with Huddersfield Town. Over the last four Gameweeks, the Terriers have scored one goal and are the only side without a single big chance.

The defender ranks top for Leicester for clearances, blocks and interceptions (59) and completed passes (228) - both key metrics in the Bonus Points System (BPS). Maguire has a goal and two assists already and looks well placed for bonus points if he keeps out West Bromwich Albion.

Back starting in the Southampton defence in Gameweek 7, the Dutchman won more aerial duels than any other PL player and had three shots on goal. That underlines his potential for attacking points added to a possible clean sheet from a home meeting with Newcastle United.

Pep Guardiola's full-backs will be vital in breaking down Stoke City at the Etihad Stadium. Walker already has two assists and the Potters have allowed more chances to be created from the right wing than any other team.

The wing-back has lost 150,000+ owners over the past two Gameweeks having returned only two points. But we are backing Alonso to revive his fortunes against a Crystal Palace side who are yet to find the net. The Spaniard also ranks top for shots (11) among defenders.

Davies has created more chances (16) than any other FPL defender and ranks second for shots (10), helping him top the overall defender standings on 49 points. His opponents AFC Bournemouth have created only four big chances - only Brighton & Hove Albion have fewer (two).

Five goals from four starts means Sterling heads into a home meeting with Stoke backed by more than 116,000 new owners. When available for selection, he has been named in Guardiola's starting line-up for each match since Gameweek 3.

Alli is suspended for the UEFA Champions League trip to Real Madrid and is therefore set for a full 90 minutes against AFC Bournemouth. The Cherries have kept only four clean sheets in 27 away matches, as Alli bids to end a run of four Gameweeks without a goal.

The three-goal Brazilian boasts 18 shots in the penalty area, second only to Mohamed Salah (£9.2m) among FPL midfielders. He faces an Arsenal defence without Shkodran Mustafi (£5.4m), while both Laurent Koscielny and Sead Kolasinac (both £6.0m) are doubts.

An automatic pick with 15 goals since the start of September for club and country. Yet to score at Wembley Stadium in the Premier League, Kane nonetheless has six goals in his three previous matches against AFC Bournemouth and wears our Gameweek 8 armband.

We expect Jesus to lead the Man City attack against Stoke City despite Sergio Aguero's (£11.5m) return to training following a rib injury. Jesus will be backed by 350,000+ new owners, having produced 11 goals and five assists in 16 Premier League appearances.