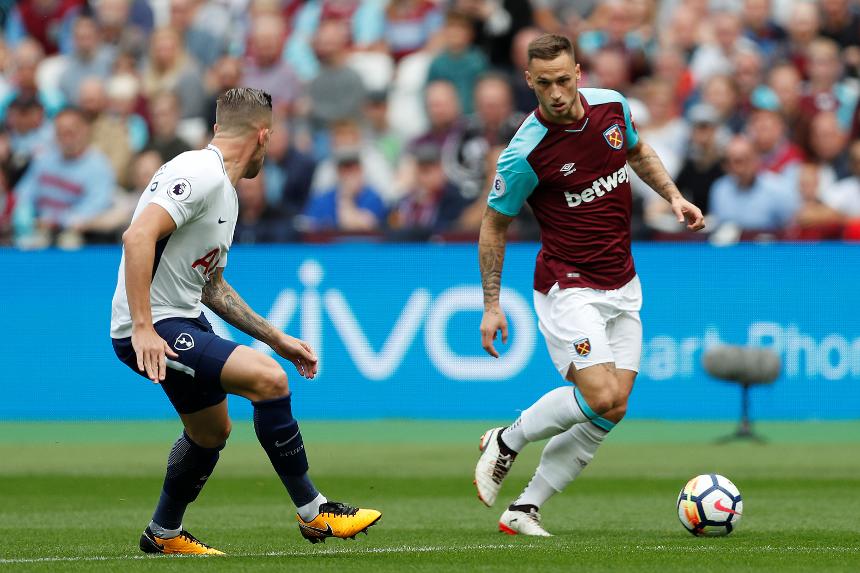 West Ham United's trip to Burnley on Saturday could be the time for their summer signing Marko Arnautovic to shine, says Trevor Sinclair.

After his move from Stoke City, Arnautovic has made four Premier League appearances, one of which ended in a straight red card for a challenge on Southampton's Jack Stephens.

But with West Ham winning two of their last four matches, former Hammers midfielder Sinclair says the Austria international could be instrumental as they look to continue their upturn in form.

"I was excited when they signed him from Stoke," Sinclair says. "I was thinking, 'They've done really well to get him.' He's a bit of a maverick, a matchwinner on his day. He's a powerful athlete and a game changer.

"If he reacts in the right way he could be massively important for West Ham and no more relevant than this game."