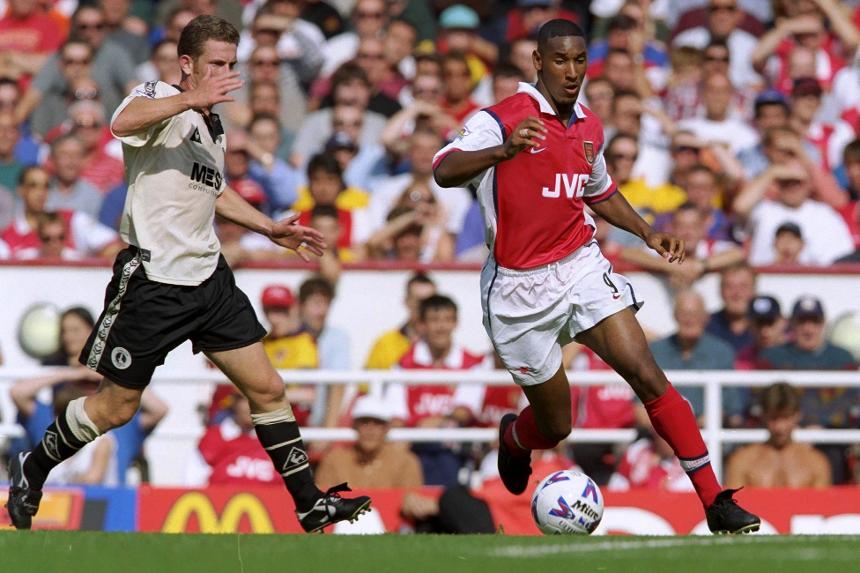 In the third of a five-part series on players who shaped the Premier League, adapted from his book, "The Mixer", Michael Cox looks at the impact made by Arsenal forward Nicolas Anelka.

During the Premier League’s formative years, the classic No 9 was tall, strong, relatively immobile and excellent in the air. Think Duncan Ferguson, Dion Dublin or Chris Sutton, the type of players designed to get on the end of crosses.

But once English sides became less obsessed with crossing and based their attacking play around a creative, selfless No 10, the style of centre-forward changed, too.

Rather than using a target man up front, managers turned to fast forwards who could repeatedly run in behind the opposition.

Anelka is perhaps not the most celebrated player in this mould. Michael Owen won the Ballon d’Or in 2001, and Thierry Henry would have a claim to being the Premier League’s all-time greatest striker.

But Anelka was arguably the most obvious beneficiary of the sluggishness of Premier League defences just before the turn of the century, eternally running on to through-balls from Dennis Bergkamp before finishing coolly.

There was also something quietly revolutionary about Anelka’s personality. At a time when English footballers were loud, outgoing lads who liked a drink, Anelka was a quiet, distant personality who spoke little English, and didn’t seem to understand English football culture.

His protracted transfer to Real Madrid in 1999, meanwhile, set the tone for future long-running transfer sagas.

But one of the most interesting things about Anelka was the fact he didn’t actually like playing high up on the last line of defence, and considered himself more of a No 10.

Indeed, over a decade later at Chelsea he played more of a "false nine" role on occasions when Didier Drogba was injured, and was later fielded behind Drogba and Fernando Torres at the top of a midfield diamond.