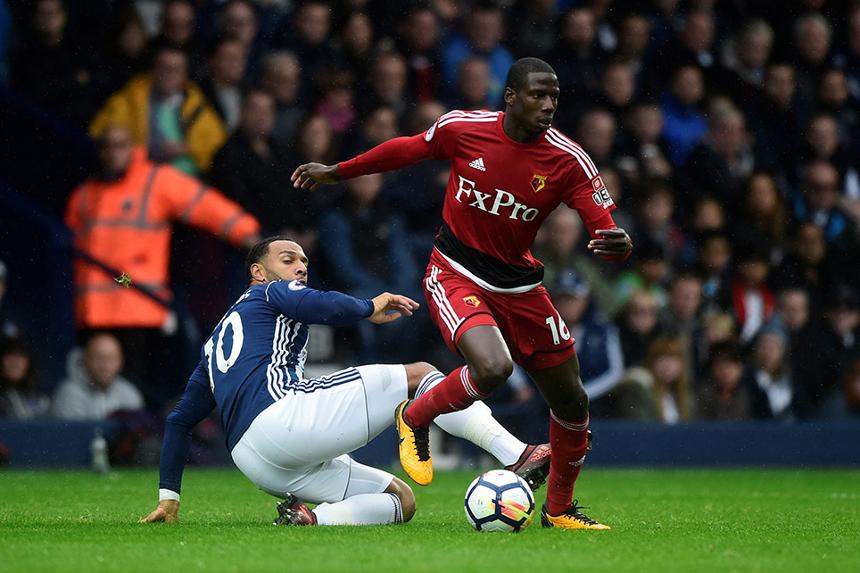 For Ahmed Reda, Gameweek 7 was now or never. He had just one chip remaining in his quest for a big Fantasy Premier League score.

After his Free Hit had lifted him almost a million places in the rankings, the Bench Boost was all that was left but it helped power Ahmed to an unbeatable weekly total.

Abdoulaye Doucoure (£5.3m) was to be a key figure in reserve for the Egyptian.

The Watford midfielder's 10 points thanks to his third goal of the season in the 2-2 draw at West Bromwich Albion helped Ahmed to 27 points from his bench.

Ahmed is one of many Egyptian managers with Doucoure, who has been snapped up by more than 64,000 new managers since Saturday.

Doucoure is part of 11.8% of squads, but 15.5% of Egyptian managers had presciently selected him.

The Liverpool midfielder is part of 34.5% of all teams, but is in 71.6% of Egyptian managers' squads.

Salah’s two points in a stalemate at Newcastle United did little to help Ahmed’s cause but his six-man north London contingent more than compensated.

A member of the Arsenal supporters league, Ahmed put his allegiance to one side to name Harry Kane (£12.7m) as captain and the Tottenham Hotspur striker produced 26 points.

Meanwhile, Ahmed's back five, made up entirely of Arsenal and Spurs players, brought in 54 points.

Now he must look to build from there, with only his second Wildcard chip left to play from 31 December onwards.

Ahmed claims a copy of FIFA 18, a Nike Ordem V match ball and an FPL mug, all bagged up in an FPL rucksack as his Manager of the Week prize.