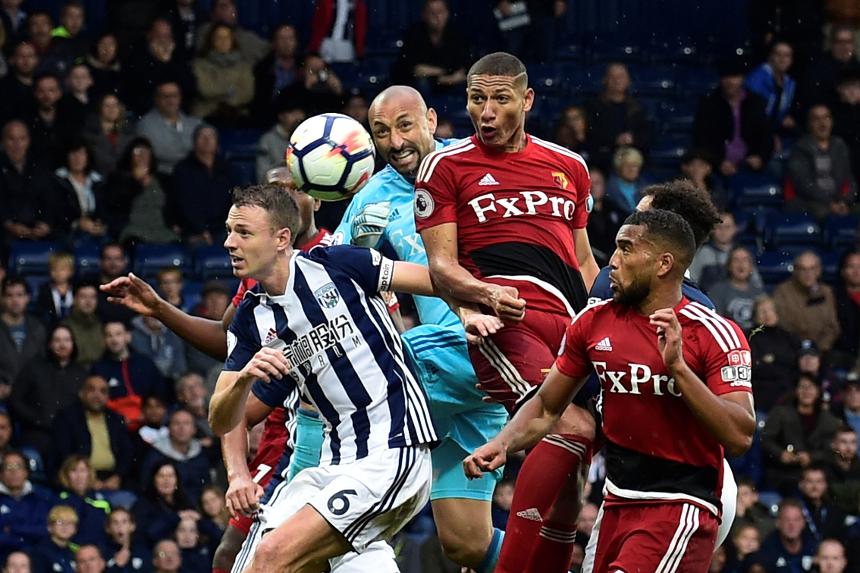 Monreal a bonus in the Arsenal defence
GW7 Lessons learned: Davies and defenders on top

Fantasy Premier League managers may be struggling to find value up front, but in midfield there are no such problems.

Of the 17 midfielders to score or assist in Gameweek 7, only three cost £8.0m or more.

Richarlison (£6.1m) is one who is demanding our attention.

He scored and assisted in Watford's 2-2 draw at West Bromwich Albion to collect 10 points.

Interestingly, each of the Brazilian's three goals have been scored away from home.

And Harry Kane (£12.7m) is the only player in Fantasy who can better his totals for shots (16) and attempts in the opposition box (13) in away matches.

But Richarlison may struggle to maintain his form over the next two Gameweeks, with Arsenal (H) and Chelsea (A) up next.

Investment from Gameweek 10 onwards looks the way to go.

Watford will face only two opponents who score more than three in the Fixture Difficulty Rankings (FDR) all the way up to Gameweek 25.

He claimed an assist in Stoke City’s 2-1 victory over Southampton.

His 24 shots on goal from midfield is matched only by Mohamed Salah (£9.2m), who is also the only midfielder to have had more shots in the box (21 to 18).

The Potters face a daunting trip to Manchester City in Gameweek 8 but their schedule improves markedly following that.

Only two of their opponents from Gameweek 9 to 21 score more than four in the FDR.

Although Richarlison and Choupo-Moting stood out, Marouane Fellaini (£4.9m) was the top-scoring midfielder in Gameweek 7.

The Manchester United man started a third successive Premier League fixture in the absence of Paul Pogba (£8.0m), scoring a brace in a 4-0 win over Crystal Palace.

Fellaini could offer outstanding value while Pogba is sidelined with what is thought to be a long-term injury.

His three goals this season have arrived from only four shots on goal.

Fellaini’s power in the air will always be a factor, particular at set-plays.

Man Utd have scored six from set-pieces this season, more than any other side.