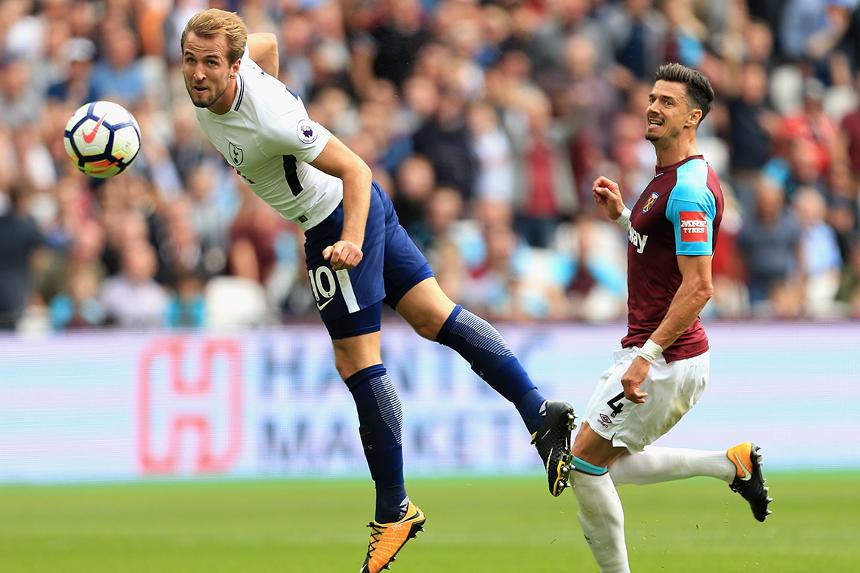 Harry Kane is on course to return the highest Premier League goal tally in a calendar year after his double against West Ham United.

The Tottenham Hotspur striker needs another 12 to break the record, and has 15 matches of 2017 remaining to do so.

But he has already broken the record for most goals scored in a calendar year up to October, despite still having one more match, against Huddersfield Town, to play on Saturday.

Top scorers in a calendar year before October

Alan Shearer holds the record of 36 goals in a calendar year in 1995, for Blackburn Rovers.

The Premier League’s all-time leading goalscorer did so over 42 matches, while Kane will have played 38 if he features in all of Spurs' remaining fixtures.

Should Kane continue scoring at his current rate of 1.09 goals per match (GPM) he will score 16 more by the New Year, returning a total of 41 goals.

His next opportunity to close on Shearer could come at the John Smith’s Stadium this weekend.

The Terriers would be the 26th different opponent for Kane in the Premier League.

The only team he has failed to score against is Cardiff City, in two attempts during the 2013/14 campaign.