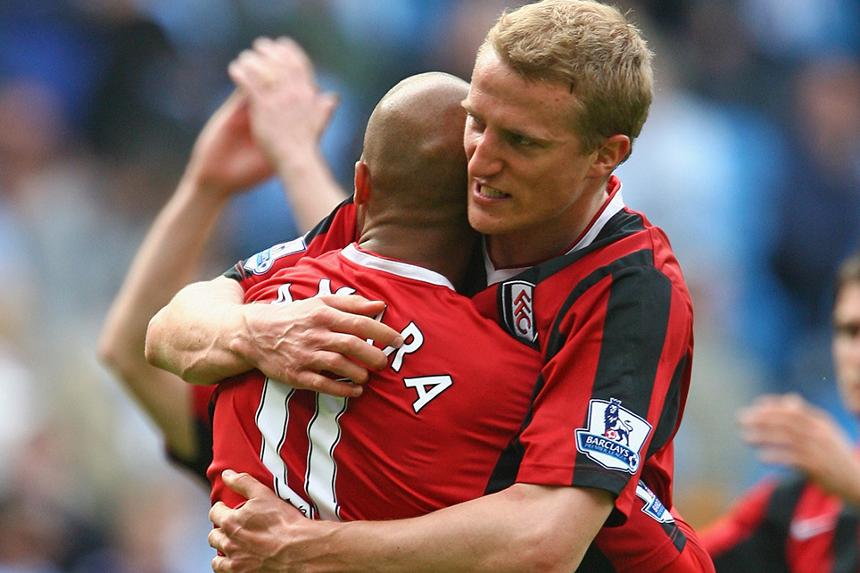 Ahead of Crystal Palace's trip to Man City, former defender looks back on a famous victory for Roy Hodgson at the Etihad Stadium

Crystal Palace manager Roy Hodgson knows all too well about taking a side to Manchester City in need of points.

Nine years ago, his Fulham side travelled to the Etihad Stadium, five points from safety with three matches left, knowing defeat would mean relegation.

Fulham came from two goals down at half-time to secure a 3-2 victory to spark one of the Premier League's greatest escapes.

Brede Hangeland, who played in Hodgson's defence that day, describes a memorable day and the role the manager played in it.

"It was desperate times, it was hard to keep belief because we did need a football miracle to make it," Hangeland says. "It was probably the most pressure you can experience in football.

"Roy is always focused on what you can do and he tries not to focus on the stuff that you can't control, so the build-up was kind of the same preparation as always. He tried to take the pressure away from us.

"Luckily we had a good group then. You could see that everyone had the right frame of mind. We had good unity.

"But in the first half I just remember that they were better as a team and once they scored a couple of goals you do start thinking, 'This is the end.'

"At half-time we were mathematically relegated.

"There were a few dropped heads when we walked into the dressing room, some people screaming.

"Roy was calm. He waited for the dust to settle and then gave his speech and among the players, we decided we had to go for it.

"It all seemed hopeless, but you can sit down and cry over it or you can see if there is hope to be ignited and that is what we did.

"We got the first goal back with 20 minutes to go and after that, the match changed.

"We tried to play very controlled football and the match became more end to end than we would want.

"But at 2-0 down you start risking more and when we scored it refuelled us with energy and hope that we could pull it off. I felt like from 2-1 on we were stronger and wanted it more.

"When we scored, especially the winning goal, my first thought was to get everyone back, don't waste your energy celebrating.

"When the final whistle went there was a feeling of joy and relief because we were still alive and we pulled off an absolute miracle.

"But we still knew we had to win our last two games. It wasn't until the final whistle at Portsmouth that we could really celebrate.

"Roy had been here a few months and his methods had definitely started working. He showed us his man-management skills and managed to focus our energy on what we could do something about and he put things into perspective.

"When you are sat there a minute before kick-off, it is about what you say, how you act and the belief you can install in the players. He is top-drawer."