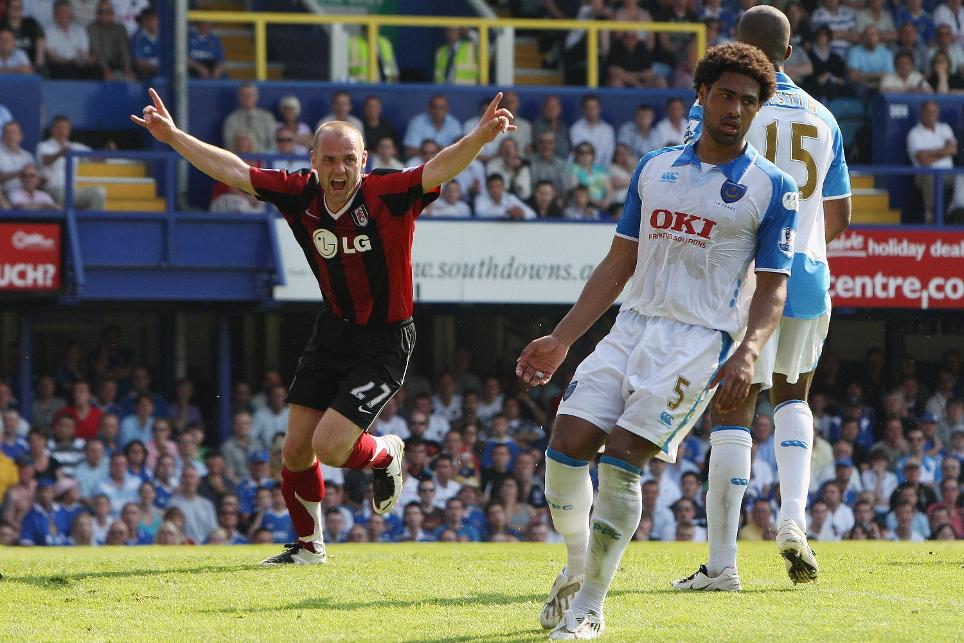 The final stages of Premier League campaigns gone by have produced a number of remarkable turnarounds from teams on the brink of relegation and Danny Murphy, one of the catalysts for Fulham's revival in 2007/08, said that the influence and calmness of manager Roy Hodgson inspired a dramatic change of fortunes.

On 26 April 2008, the west London club were looking like they would be six points adrift of safety with two matches remaining when they were 2-0 down at half-time at Manchester City. But Murphy, in the heart of Fulham's midfield, netted an equaliser either side of two Diomansy Kamara goals that turned the match on its head in the last 20 minutes.

Fulham went on to win their last two matches and secure safety on goal difference, and Murphy said the calmness of Hodgson, now manager of England, had a big impact on the players.

"We went on a good run and that was ultimately because we had some good players, we had everyone fit at the end of the season and we had a manager who changed the way we played to play better football, which is what we wanted to do, and a manager who wasn't scared of the repercussions of failing," Murphy said.

"That transpired to the players. We had a freedom from the manager to not make it the biggest deal in the world. He had a bigger picture in mind and didn't really let us feel the pressure of the relegation battle.

"He was the one that gave us the platform to play our football and really gave us belief in ourselves, and not to worry about results.

"I know that sounds bizarre when you need results but half-time at Manchester City he turned around to the lads and said 'We're 2-0 down but we've played OK. We've made chances, could've been 2-2, could have been 3-3. Go out and play the same way and win the second half.'

"Roy really deserved credit for that because, at that particular time when there was so much pressure, another manager could've made different decisions."

Murphy described the match as a turning point and, following a 2-0 home win against relegation rivals Birmingham City in their next fixture, their fate was in their own hands. Safety was ensured on the final-day as Fulham claimed a 1-0 victory at Portsmouth.

It was Murphy who scored the only goal at Fratton Park and the former Liverpool midfielder admitted that he was not even supposed to go up for the set piece that resulted in his headed winner.

"A team usually plays the way their manager conducts himself," he added. "You can normally find a correlation between the two. We certainly transferred Roy's calmness onto the pitch, which we showed especially on the last day of the season.

"We had to win to stay up, irrelevant of anybody else, and I remember Erik Nevland coming on as a substitute. He came up to me and Jimmy Bullard and said 'the other teams are winning, we need a goal'.

"Jimmy got a free-kick. He was always very good on set plays. I decided, which I shouldn't have done because it wasn't my job, to go in the box and try to score a goal. Sometimes you get a feeling. I knew I would score.

"He landed it straight on my head, the goal went in. The elation was there for everyone to see. What was more impressive was the way we saw out the game.

"It was a remarkable recovery and wonderful feeling to get the goal. Also, I'd never been relegated before. I didn't want that on my CV."

Murphy played an instrumental role as Hodgson's Fulham finished seventh the following season and reached the UEFA Europa League final in 2010, having knocked out the likes of Juventus and Hamburg.

"What we went on to achieve from that moment, over the next few years, was incredible for a club of Fulham's stature," Murphy said. "It was just a wonderful time in the club's history."