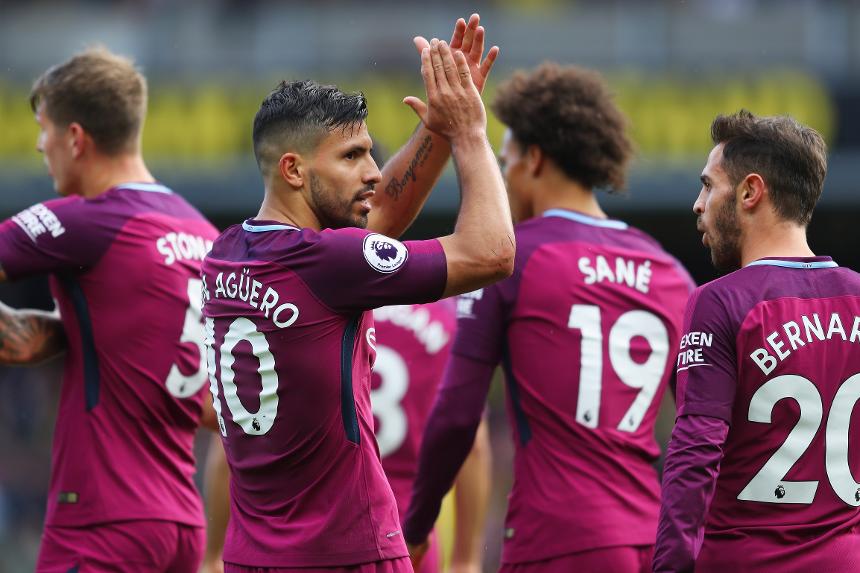 Find out who won and lost in the Bonus Points System for Gameweek 5, led by Sergio Aguero and four of his team-mates

It is impossible to ignore Manchester City's Fantasy Premier League options after Gameweek 5.

Otamendi leads from the back

The pair overshadowed the contribution of the Man City defence and, in particular, Nicolas Otamendi (£5.6m).

Guardiola's backline have conceded only two goals and allowed 36 shots, fewer than any other side.

Otamendi got his first goal of the season at Vicarage Road.

Only Marcos Alonso (£7.1m) has more shots this season among FPL defenders (seven to 11).

Otamendi has also won more tackles (16) and made more clearances, blocks and interceptions (32) than any other Man City option.

Both are key metrics in the BPS, making the Argentinian a likely source of bonus points in Gameweeks to come.

Lukasz Fabianski (£4.5m) was the top-scoring goalkeeper in Gameweek 5, earning three bonus points from his clean sheet at Tottenham Hotspur.

The Swansea City man made eight saves and recovered the ball on 12 occasions to score 38 in the BPS.

No FPL goalkeeper has made more stops than Fabianski's 24 saves this season, which have earned him six additional points.

The West Ham United defender scored 30 in the BPS thanks in the main to a successful open-play cross and two key passes.

Cresswell has attempted 36 crosses in his two appearances at left wing-back. That is 17 more than his nearest rivals Christian Eriksen (£9.7m) and Aaron Mooy (£5.7m).

On target Lascelles misses out

The Newcastle United captain scored for a second successive Gameweek but missed out on bonus points.

Lascelles earned 12 in the BPS from his goal against Stoke City.

However, he again failed to complete 30 passes which ultimately meant that he missed out to Joe Allen (£5.4m), whose score of 26 BPS beat Lascelles by two.

He has earned BPS for pass completion only once in five appearances.

He also conceded as Burnley earned a draw at Anfield.

But the young right-back still scored 18 in the BPS thanks to seven key passes, a Gameweek 5 high.

Alexander-Arnold could sit out the Gameweek 6 trip to Leicester City with Gomez suspended from Liverpool's UEFA Champions League fixture in Moscow that follows.

When handed Premier League starts, he clearly has the potential to earn both attacking and bonus points.