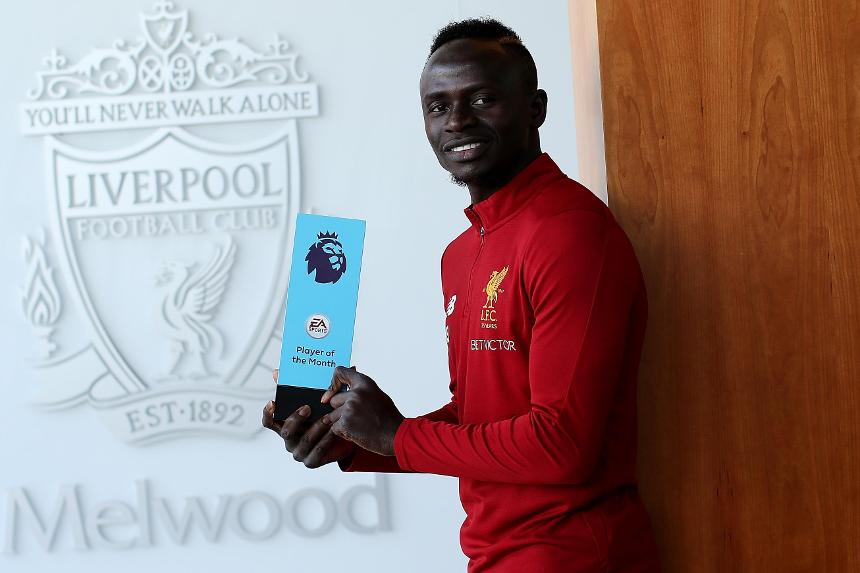 Sadio Mane's free-scoring start to the season has earned him the EA SPORTS Player of the Month award for August 2017.

The Liverpool winger is the Premier League's joint-top scorer with three goals, two of which earned nominations for the Carling Goal of the Month award won by AFC Bournemouth's Charlie Daniels.

Mane has netted in each of Liverpool's three matches, including the winner against Crystal Palace, to help Jurgen Klopp's side to second in the table.

“I want to say thanks to all of my teammates because without them I am nothing," Mane told liverpoolfc.com.

The Senegal international received the most combined votes from a panel of experts, Premier League captains and fans to claim the prize ahead of six other nominees.