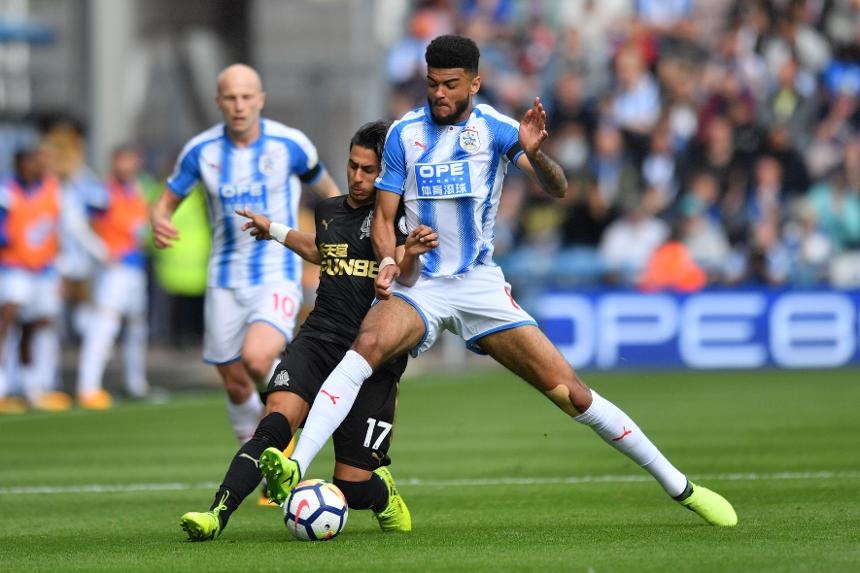 From front to back

It is unquestionably their appetite to defend from the front.

Whenever opponents try to play out from the back or seek intricate football inside the middle third, David Wagner's men hound them to force mistakes and turnovers.

Just as they did en route to promotion, these tactics have protected their back four tremendously well.

So much so that only four Premier League teams have retrieved possession inside their own defensive third less often than they have.

Winning the ball back further up the pitch, thanks in main to a well-drilled middle block, Huddersfield's defenders have not been extended as often as rival sides would have preferred.

The statistics speak for themselves, and explain why the Premier League newcomers have looked so defensively assured.

Huddersfield have a feverish work ethic.

They outran Crystal Palace by 6.5km on the opening weekend, and covered 2km more than Southampton last time out.

Interestingly though, Newcastle United ran further than on Matchweek 2.

Plenty of this endeavour occurs inside midfield and in forward areas, where Wagner fields a host of attack-minded players who are willing to chase, harass, and make challenges.

New signings Tom Ince and Steve Mounie are excellent at applying pressure high up the field. Willing to close defenders down, they have each enjoyed great success.

Along with Marc Albrighton, Shinji Okazaki, Dusan Tadic and Dominic Calvert-Lewin, they have won possession the most times inside the final third (four each).

Behind them Wagner knows he can rely on Elias Kachunga, Aaron Mooy and Philip Billing (pictured top) to retrieve the ball inside the middle third. All three rank among the League's top 10 players in this department.

Kachunga deserves real credit for his application in the opening weeks. The winger also features close to the top of the rankings for recoveries, and is joint-top for most tackles won.

He has won nine tackles, the same as N’Golo Kante and Alberto Moreno.

Credit must not be taken away from an organised back four, marshalled superbly by Christopher Schindler, or goalkeeper Jonas Lossl, who has also been outstanding.

But the players in front have shaped Huddersfield Town's tactical outlook and together they form two wonderful layers of additional protection.

None of the Yorkshire side's three opponents have had pass accuracy higher than 77.7%. This outlines how good they are at disrupting their opponents' rhythm.

To create enough chances to win their first home match of the season at London Stadium on Monday night, West Ham United are going to need to pass very sharply through the lines.

If they dawdle on the ball or take undue risks, Huddersfield will consistently break up their moves.

The PL new boys are proving to be one of the most awkward sides to play against.

Overlooking Davies a danger for Everton