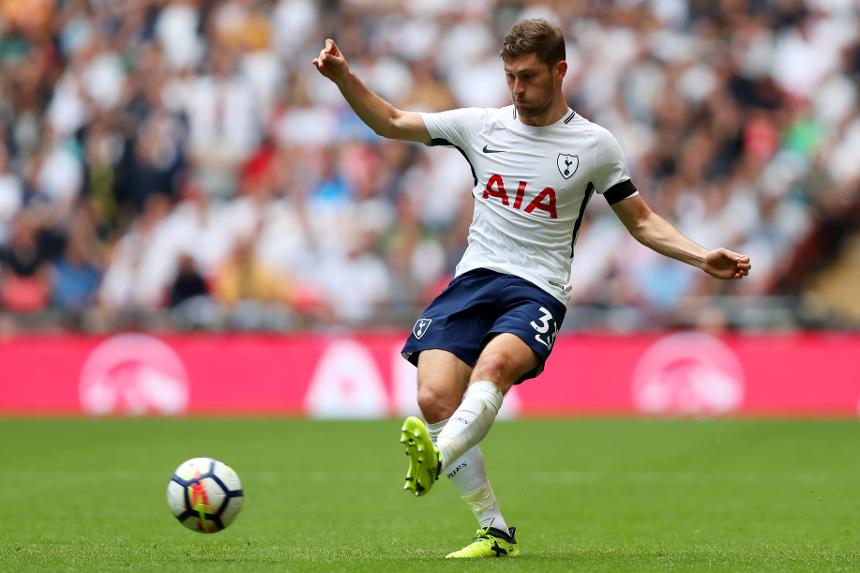 Every Spurs international goal this week in profile External Link

Adrian Clarke is looking at three Matchweek 4 fixtures and where they might be decided.

He begins with a creative threat at risk of being overlooked by Everton.

Tottenham Hotspur possess a number of danger men who could hurt the hosts at Goodison Park this weekend.

But there is also a less obvious name on the visitors' teamsheet who needs to be watched closely: Ben Davies.

In the absence of the injured Danny Rose, the left-back has become one of Mauricio Pochettino's unsung stars.

Davies makes regular runs down the wing and is capable of supplying quality service to Spurs' attacking players.

The 24-year-old was fairly subdued against Chelsea but exerted his influence in his side's other two Premier League contests, at Newcastle United (where he scored) and at home to Burnley.

His impact was so positive in those encounters that he ranks in the top five players in two of the League's most important creative categories this season.

Against Newcastle and Burnley, Davies produced the second-highest number of sprints by a Spurs player, and covered the second-furthest distance in kilometres too.

Keeping his width well, but occasionally driving inside, he is an assertive and unpredictable full-back.

Of all Tottenham Hotspur players, only Christian Eriksen has made more passes into the end section of the pitch than Davies (138) which is a signal of how forward-thinking his approach is.

Who will be tasked with shackling Davies on Merseyside?

Based on Ronald Koeman's previous team selections it could be youngster Mason Holgate.

That would either be as a wing-back or orthodox full-back depending on which formation the Toffees start with.

If that is the case, 20-year-old Holgate will need to lean on help from those around him, in particular right-sided central defender Michael Keane.

Spurs are clever in the way they create 2v1s and 3v2s in wide areas through sharp movement and it is a tactical avenue that brings them plenty of success.

On Everton's right side there will be moments when Keane and Holgate have to shackle Eriksen or Son Heung-min, as well as Davies and Dele Alli, who naturally drifts into pockets of space on that side of the field.

Their communication and positional awareness will need to be spot on.

There are more obvious threats all over the pitch but on Saturday afternoon Davies is somebody the home side must keep close tabs on.

The secrets of Huddersfield's defensive success