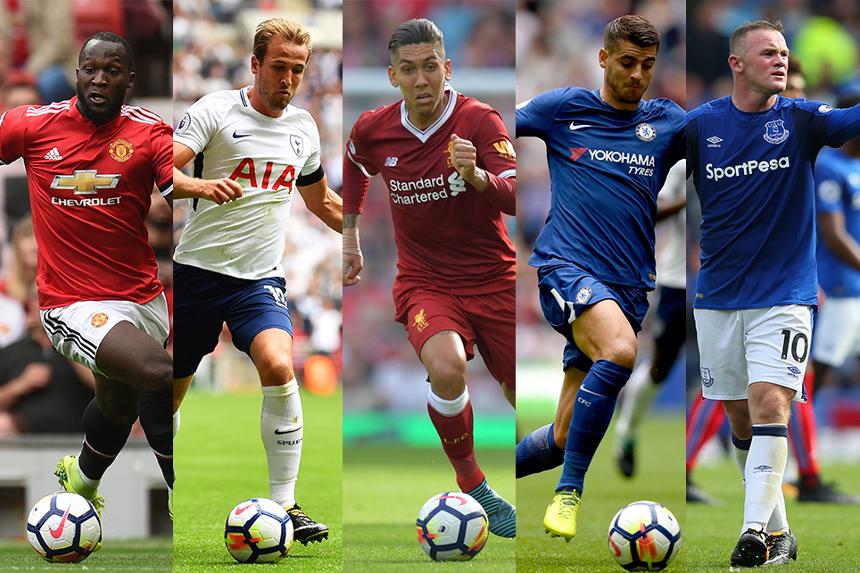 Fantasy Premier League forwards come under analysis to end The Scout's series of articles looking at the numbers behind the opening Gameweeks.

The ICT Index, which combines over 40 statistics to help managers compare players, is used to examine their performances.

Here are the top forwards on offer so far:

In 58.1% of squads, the 24-year-old has justified that popularity with three goals from the opening matches.

The latter is made up of 14 shots on goal, with 11 from inside the opposing penalty area.

Lukaku has fired a shot every 19.3 minutes at Manchester United, compared to 29.7 minutes per attempt with Everton in 2016/17, when he scored 25 goals.

A tally of 39.2 in the Index is remarkable given that the Spurs striker is yet to score or assist.

But the Index reflects the potential shown in Kane's underlying numbers and hints at big returns to come.

Kane has also had more touches (26) and shots (18) in the opposition's penalty area than any other player.

Classified as an FPL forward for 2017/18, the Brazilian's outstanding start has smoothed out that transition.

Indeed, his Influence score of 131.6 in the Index shows Firmino as having the biggest impact of any FPL player.

He can't compete with Kane and Lukaku for raw goal threat - he has fired nine shots on goal at a rate of one every 27.8 minutes.

But he compensates for that with a Creativity score of 84.4, providing six key passes and two big chances - or gilt-edged opportunities.

With Sadio Mane (£9.6m) and Mohamed Salah (£9.0m) converting his service from the flanks, Firmino is set to add to his tally of two assists and surpass last term's total of 11 assists.

Two goals and two assists show that the Spaniard has adjusted seamlessly to the Premier League.

Morata ranks third for Threat behind Kane and Lukaku on 142.0, having fired a shot every 20.9 minutes.

Like Firmino, the Toffees striker has relied on his vision to provide for team-mates to help boost his Index score.

Rooney has recorded two goals from just five shots to total 60.0 for Threat.

In contrast, he ranks top for Creativity in the Index among forwards on 96.5.

He has delivered more successful crosses (seven) than any other forward, creating five chances.