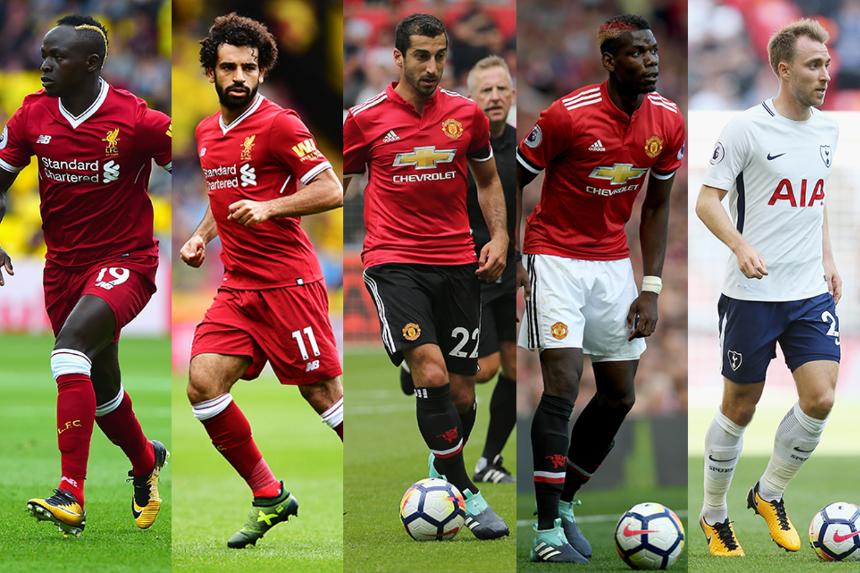 Scorers and creators of goals, midfielders are vital to any Fantasy Premier League line-up.

Continuing a series of articles analysing the numbers so far, The Scout uses the ICT Index to assess the most profitable midfield options available.

The Index allows FPL managers to quickly compare players to assess their potential for Fantasy points by condensing more than 40 statistics.

Here are the current front-runners:

A switch to the left to accommodate Mohamed Salah's arrival at Liverpool has only increased the winger's danger to opponents.

Mane tops the ICT Index on 36.6 with his Threat score of 185 the major factor.

He has had 21 touches inside the oppositions’ penalty area - more than any other midfielder.

All 10 of Mane's shots have arrived from inside the box, with seven hitting the target.

Mane’s team-mate has been even more potent, according to the Index.

The Egyptian's Threat score of 186 helps him to an overall tally of 33.2 to place fifth among midfielders.

Salah is second only to Mane for touches in the opposition's penalty area (17), while 11 of his 12 shots have come from close range.

He has produced eight shots on target in the opening three Gameweeks - more than any other FPL option.

The Armenian's ability to unlock defences places him second in the Index with a tally of 35.3.

Mkhitaryan scores 176.2 for Creativity, having supplied more chances (13) than any other player.

He has made a key pass every 19 minutes this season, compared with 48.2 minutes in his debut campaign.

Those passes include four big chances created over the opening three Gameweeks; Mkhitaryan provided just six from 24 appearances in 2016/17.

The Frenchman's progress as a Fantasy option is reflected in the Index.

The underlying statistics show that he has become more of an influence in the final third.

And his shots from inside the box have also improved from 1.2 to 1.7 per match.

Another player to rely on his supply of chances to prosper in the Index, the Dane is third on 34.5 thanks to a Creativity score of 151.2.

He has made three assists, creating nine chances - one every 29.8 minutes.

This compares favourably with last season’s average of 28.3 minutes, a campaign which produced 20 FPL assists.