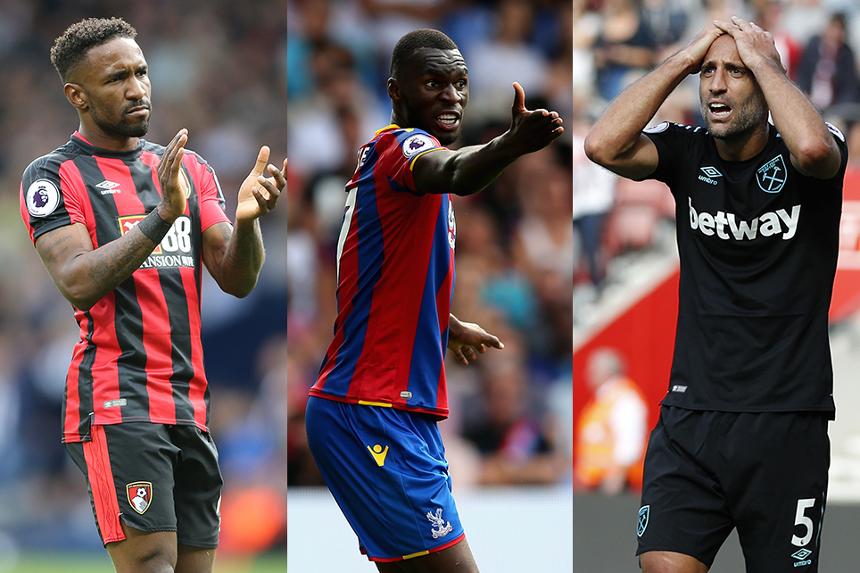 Fans of the three Premier League teams with no points who are already fearing relegation would be minded to consult history.

West Ham United, Crystal Palace and AFC Bournemouth have each started with three defeats, the first time that three teams have done so in the Premier League.

But nearly two thirds of the clubs to have lost their first three matches have avoided the drop.

Indeed, any of this season's three teams looking enviously up at their rivals with two wins should know that just as many teams with six points after three matches have gone down in the past.

Of the 76 teams who have been relegated across the 25 years of the Premier League, only eight were still looking for their first points of the season after three matches.

This is from a total of 22 clubs who were beaten in their opening three PL matches of a season.

That said, West Ham fans will remember that a similar start in 2010/11 led to them finishing bottom.

Fifteen of the clubs who went down (almost one fifth) had earned only one point from nine but a further 35 had at least won one of their opening three fixtures, or had drawn three, to win three or four points.

Indeed, Wolves were unbeaten after three matches in 2011/12, having seven points.

No team have gone down after a 100% start from their first three matches, although Ipswich Town came mighty close in 1994/95.

After opening with three wins, John Lyall’s team slumped and needed a final-day draw at Blackburn Rovers to finish a point above the relegation zone.