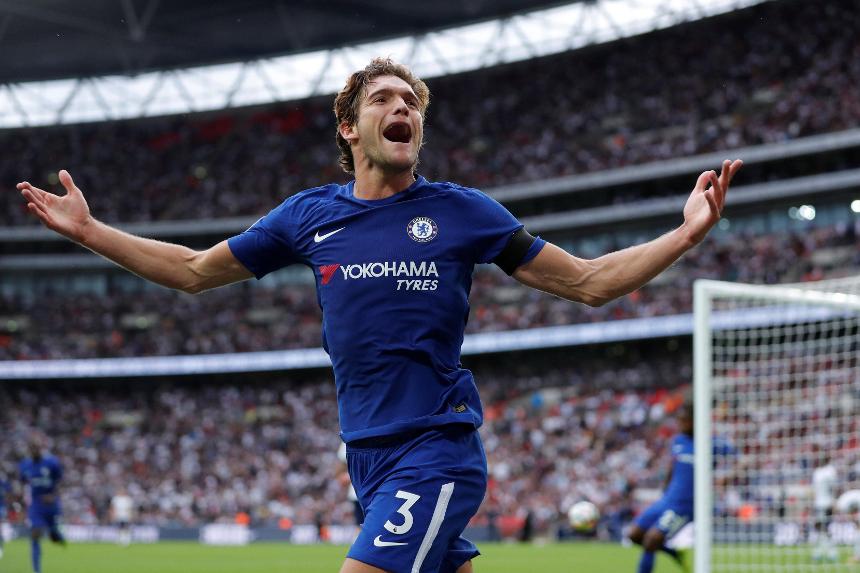 After a dismal 39-point return last time out, our select XI must respond with a big score.

The focus is on goals and assists from the back with defenders topping the overall standings in both Gameweeks so far.

We have built around an attacking rearguard, deployed behind the two most popular forward options as Manchester United’s Romelu Lukaku (£11.7m) is stripped of the captaincy for the first time this season.

Successive clean sheets have made Foster the most sought-after FPL goalkeeper, 85,000+ signing him this week. Foster hosts a Stoke City side who are the only team yet to create a "big chance" this season.

The Dutchman scored five goals in home matches in 2016/17 and ranks second for shots (three) and top for chances created (four) at Crystal Palace. Swansea City visit Selhurst Park without a goal scored and having created fewer chances than any other side (nine).

The Dutchman takes on Leicester City having produced two assists and 10 points in the corresponding fixture last season. Blind’s set-piece delivery will be a key weapon, while the United defence will be seeking a third consecutive shutout.

Trusted with a share of set-pieces, Davies continues to progress as an FPL option. The left-back is second to Christian Eriksen for chances created in the Tottenham Hotspur squad and has a goal and four shots to his name ahead of a visit from Burnley.

Alonso built on his growing FPL reputation with a stunning brace against Spurs in Gameweek 2. A clean sheet against Everton might be unlikely but with more shots (seven) than any other defender, and with direct free-kicks in his armoury, points are always in reach.

Manchester City have won all four Premier League meetings with AFC Bournemouth, scoring 15 goals. Silva has created nine chances this season – second only to Arsenal’s Mesut Ozil (£9.5m and 10) – and looks key to any further success against the Cherries.

The Senegal winger tops the Liverpool ranks for shots (seven) and shots on target (five) and has scored in both of his starts this season. With three goals and two assists in five appearances against Arsenal, Mane will be the major threat to the Gunners on Sunday.

The winger plays Stoke on the back of a goal and two assists in his last two appearances in all competitions. Phillips’ pace and accurate set-pieces will play a major role in the Baggies' bid for a third successive victory.

A goal and assist in his first two Gameweeks has earned the Watford winger more than 128,000 new managers. At home to Brighton & Hove Albion, Richarlison leads all FPL midfielders for shots inside the penalty area (eight).

Man Utd’s biggest summer signing is owned by over 57% of FPL managers ahead of a home encounter with Leicester City. Lukaku has three goals in the first two Gameweeks and produced a 13-point return on his Old Trafford debut in Gameweek 1.

The Spurs striker has produced only two points in two outings this season. However, Kane fired eight shots on goal against Chelsea in Gameweek 2 – his most in a Premier League match without scoring. We are expecting his August drought to end against Burnley and he wears the captain's armband.