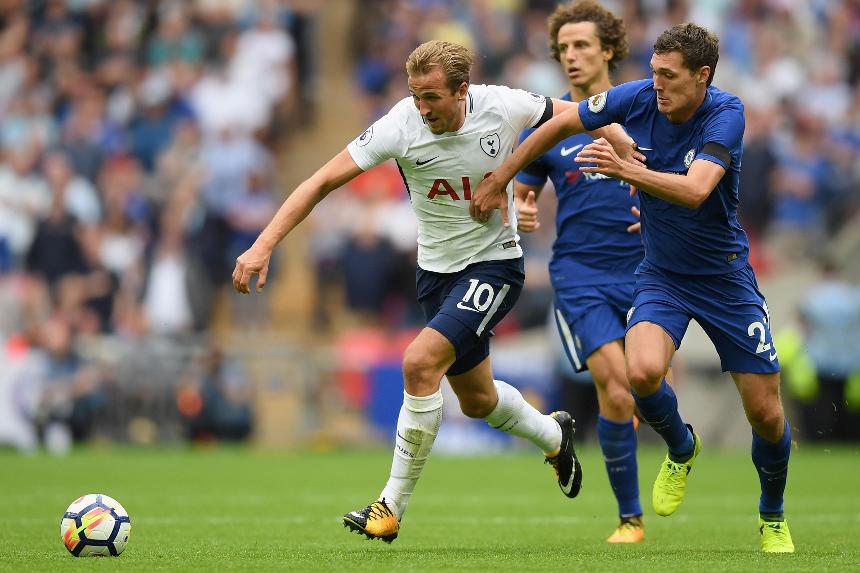 Romelu Lukaku set to be popular pick for Gameweek 3, but stats suggest Spurs striker could be more rewarding

Fantasy Premier League managers are set to pin their hopes on Romelu Lukaku (£11.7m) or Harry Kane (£12.5m) for the Gameweek 3 captaincy.

The Manchester United and Tottenham Hotspur strikers have been the two most-popular selections in each of the first two Gameweeks.

Lukaku has scored in both to reward his 57% ownership and faces a Leicester City side who have conceded at least twice in five of their seven away matches under Craig Shakespeare.

Why Kane can deliver

In contrast, Kane has provided a single point in each of his first two outings, meaning confidence in the Spurs forward has been in steep decline.

But he has produced more shots (14) and shots inside the penalty area (11) than any player and will take on a Burnley defence ranked second-bottom for shots (672) and shots on target (209) faced in away matches last season.

There are some strong options in midfield for those without one of the big two strikers.

Meanwhile, Christian Eriksen (£9.6m) has assisted all three of Spurs' goals in the opening two Gameweeks.

An in-form Sadio Mane (£9.5m) has scored in back-to-back Gameweeks ahead of Liverpool's home encounter with Arsenal.

Jurgen Klopp’s side netted seven times in their two matches against the Gunners in 2016/17 and Mane scored in both.

The case for Alonso

There is even a viable captain candidate in defence.

Marcos Alonso (£7.0m) was the top-scoring player for Gameweek 2 with 16 points.

The Chelsea wing-back faces Everton at home in Gameweek 3, having found the net in a 5-0 win in the corresponding fixture last season.

Those seeking out an attacking differential for their captain could consider Chicharito (£7.1m).

The West Ham United striker has earned more new owners (357,000+) than any player in the Gameweek after scoring twice at Southampton.

The Mexican visits a Newcastle United side who have lost each of their first two matches.

Crystal Palace’s Christian Benteke (£7.9m) is another to assess.

Saturday's visitors, Swansea City, have conceded more shots in the box (26) than any other side.

The Belgian is yet to score this season but has been presented with three "big chances". No FPL forward has received more.