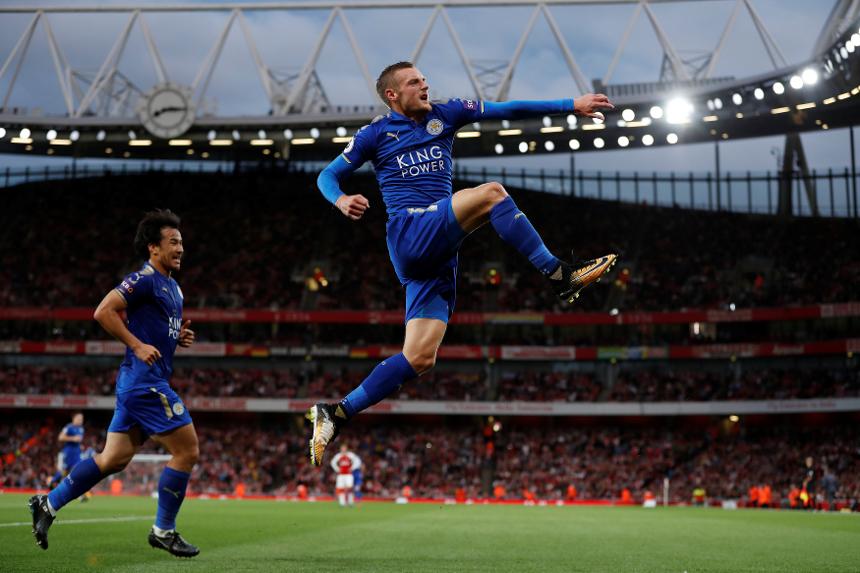 Despite a tough schedule Leicester City striker is the most transferred-in FPL forward, and for good reason

The Scout names the final player to watch in Fantasy Premier League Gameweek 2.

The Leicester City striker has already proven a popular target for FPL managers.

A razor-sharp performance in the 4-3 defeat at Arsenal was shown with two goals.

That signalled a flurry of transfer interest, as more than 145,000 managers brought Vardy in.

Those new owners will hope for an early profit in the at home to Brighton & Hove Albion.

The Seagulls lost 2-0 to Manchester City on their Premier League debut and, encouragingly for Vardy's owners, Brighton conceded four "big chances" in that match. No team allowed more in Gameweek 1.

Chris Hughton’s defence will attempt to contain a Leicester side who have impressed at home under Craig Shakespeare.

Vardy was the key man in those victories, scoring or assisting in six of his seven home appearances playing for Shakespeare.

Vardy is a proven Fantasy performer, having recorded 37 goals and 16 assists over the last two seasons.

They face a trip to Manchester United, along with home fixtures against Chelsea and Liverpool, over their next five matches.

However, Vardy's two goals at Emirates Stadium proved again he can deliver on the big stage.

Vardy has scored 17 goals in 34 appearances since the start of 2014/15 against the teams who finished in last season's top six.

Only Manchester City’s Sergio Aguero (£11.5m and 19) has recorded more.

Saturday’s match could provide an effective springboard for the tests to come.

Brighton may struggle to silence a confident Vardy, and his 11.5% ownership should be confident of another return on their investment.

See: The Scout's fourth player to watch in Gameweek 2