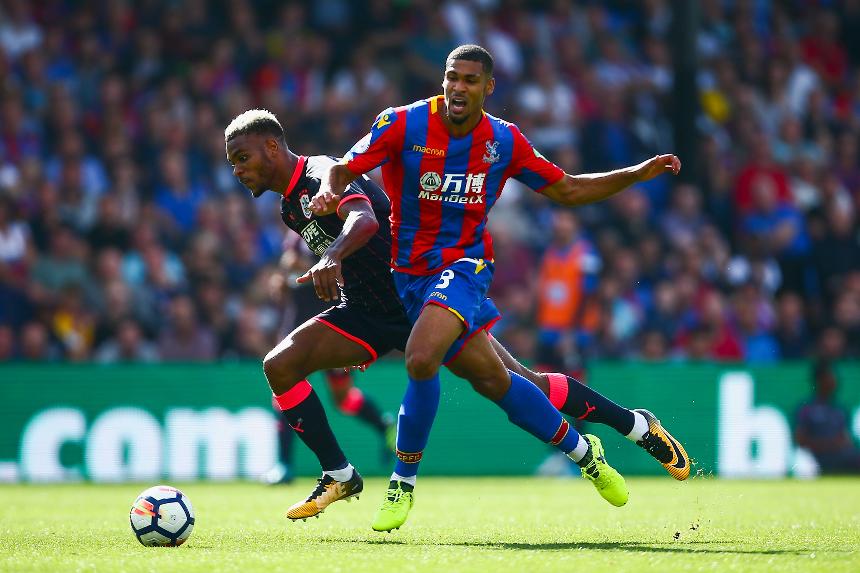 If Crystal Palace are to become the first side to win four consecutive Premier League matches against Liverpool at Anfield, they will need Ruben Loftus-Cheek to deliver a mature performance.

The on-loan midfielder may have been around Chelsea's first team since 2014, but he has only made seven Premier League starts and experienced 662 minutes of top-flight action.

If selected on Saturday it will be the stiffest test of the 21-year-old’s career to date.

From a tactical perspective, Palace will especially rely on Loftus-Cheek’s excellent ball-retention skills.

He is an unflustered player who can pass the ball accurately over both short and long distances, and can travel past opponents with it at his feet too. In Matchweek 1 he made five successful dribbles, a feat surpassed by only three others.

All those qualities will be needed on Merseyside.

While Frank de Boer plans a more possession-based philosophy in the long term, Palace have averaged only 32.5% of the ball across their last three visits to Anfield. This means it will be imperative for players like Loftus-Cheek to look after the ball once it has been retrieved.

To give their defenders a breather and to launch quality breakaways, there will be an onus on Palace’s midfield to distribute the ball sensibly.

If they don’t and gift possession back to Liverpool the pressure on their newly constructed back three is likely to be incessant.

In truth Loftus-Cheek looked a little lost in a right-sided attacking role during the opening 45 minutes of their loss to Huddersfield Town, but a switch to central midfield at half-time proved successful.

On an afternoon when the Terriers’ pressing forced Palace into a series of mistakes, the England Under-21 international remained calm and impressed with 94.4% pass accuracy.

Up against a Liverpool side who will close down with just as much intensity, the loanee’s composure in possession will be of critical importance in Matchweek 2.

So when the Eagles are playing inside Liverpool’s half on Saturday, the hosts will need to be wary of diving in on the 6ft 3in midfielder. If they are allowed to sling a collection of free-kicks into the box, another shock win could be on the cards.

For Palace to make it a remarkable four wins in a row at Anfield, you sense that Loftus-Cheek must be a central figure.