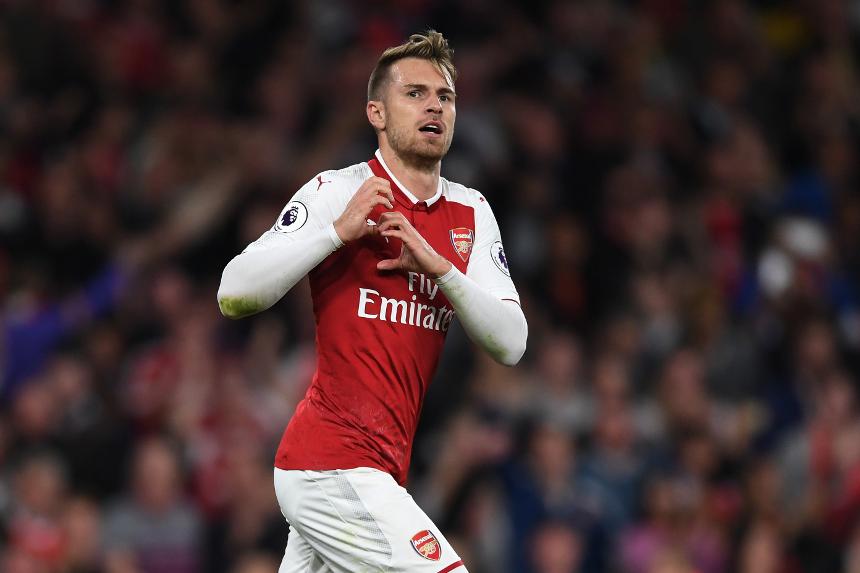 He begins with how an Arsenal runner will trouble Stoke City’s midfield.

Stoke City and Arsenal will match one another up in 3-4-2-1 formations this weekend, so the outcome may be decided by who fares best in the contest’s individual duels.

Tactically speaking, it is the Darren Fletcher v Aaron Ramsey head-to-head that stands out as one that could be of great significance.

I say this because Arsenal's marauding midfielder is flying forward with the kind of regularity we have not witnessed since 2013/14, a campaign in which he produced 16 goals in all competitions.

Freed up by the presence of a third central defender behind him, the effervescent Ramsey is looking to make attacking bursts from deep at every opportunity.

Fletcher, his direct opponent this Saturday, will have the responsibility of either tracking him all the way, or communicating quickly with one of his own centre-backs to ensure the midfielder is picked up.

If he isn’t, the Welshman could be in line for a fourth goal in as many competitive outings.

When you start with a lone striker up front against a back three, it is vital for team-mates to push on to support that forward.

If the attacker is left isolated it’s difficult to disrupt the defensive trio and pull them out of position.

The Gunners have Mesut Ozil and Danny Welbeck capable of doing this on Saturday, but Ramsey’s runs from deeper areas are the most difficult for opponents to contain.

Arriving in the penalty area at the last moment, the 26-year-old scored one and might have had a hat-trick during a lively 23-minute cameo in Arsenal’s season-opening win over Leicester City.

With Joe Allen the more attack-minded partner in Stoke's central midfield, Fletcher will be asked to do a lot of running towards his own goal this weekend.

This will test Fletcher’s concentration and fitness levels.

Across a fairly comfortable 90 minutes at Everton, with the hosts playing much of their football in front of the Potters, Fletcher only had to make 36 sprints. He did a solid defensive job, making two tackles and six interceptions too.

The challenge facing the 33-year-old this weekend will be a lot different. Ramsey, who featured for only 23 minutes at home to Leicester, made an incredible 26 sprints.

So to prevent Arsenal’s tireless midfielder from making his mark at the bet365 Stadium, the Scot will have to push himself physically.

Should Ramsey win this battle and Arsenal flood the box with bodies on Saturday evening, the Gunners will be very hard to keep in check.

See: Loftus-Cheek key if Crystal Palace are to make history