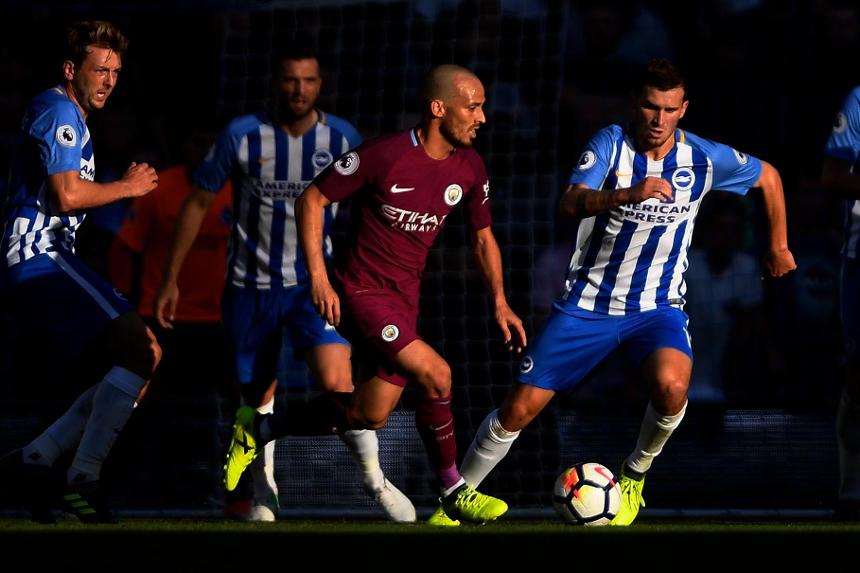 The Scout names the first of five players to watch in Fantasy Premier League Gameweek 2.

He is still part of only 6.4% of squads, despite acquiring 66,000+ new owners since Friday’s deadline.

Silva has largely been ignored compared with the other Man City attacking options.

The Belgian went into Gameweek 1 as the second most-popular midfielder, behind Tottenham Hotspur's Dele Alli (£9.5m).

But Silva was the star at the Amex Stadium.

He recorded five key passes to rank third among FPL midfielders for ICT Creativity for Gameweek 1, with a score of 77.1.

Up next is a home meeting with Everton. After that three of Man City’s next four matches score two in the Fixture Difficulty Rankings (FDR).

Opting for Silva as a cheaper route into Pep Guardiola's attack looks a viable strategy.

He has produced double-figure assist returns in five of his last six seasons and seems to have greater freedom to exert his influence in the new 3-4-2-1 system.

So Silva should escape from the threat of rotation until Gameweek 5, making him a potentially effective differential.

The £2.0m saving from De Bruyne could also be crucial over that period.

If Silva remains central to Man City’s title bid, this could be the season that he challenges the big-hitting FPL midfielders while delivering exceptional value.

Next Why Steve Mounie can build on GW1 brace

See: The Scout's third player to watch for GW2