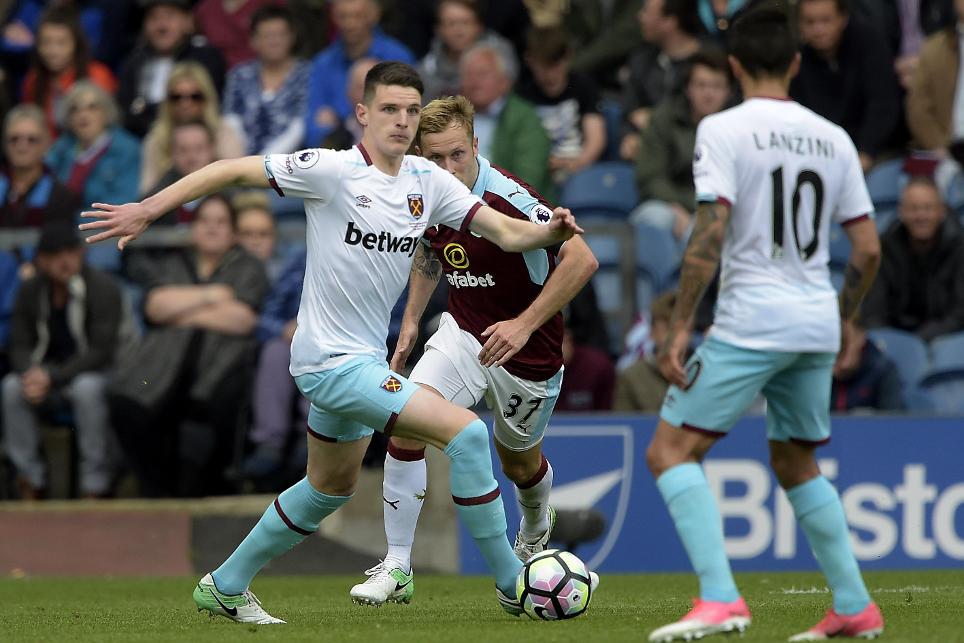 Rice, an 18-year-old defender, was captain as the Hammers won the Division 2 play-off final at Newcastle United in May, and a few days later he made his Premier League debut at Burnley.

Ahead of Friday's 7pm kick-off at Dagenham & Redbridge, West Ham Under-23 head coach Manning said Rice has the talent and character to become part of Slaven Bilic’s thinking more regularly.

“Declan has done particularly well,” he said. “He stood out last year, he was terrific.

“He went away training with Ireland's national team. The lads who made that step [up from Division 2] have fared well in pre-season.

“He was an Under-18 going away with the full national squad - what an achievement. He made his Premier League debut - a terrific season.

“It's just important to highlight why. He's got loads of ability but it's more his attitude, his character and how he applies himself daily. That's paramount."

“Slaven [Bilic] has taken a load of the lads for pre-season and given feedback to us on how they've done and little things they need to get better at.

“It gives us a clearer picture of what he's looking for in the players. Hopefully, he'll get to a point this season where he feels comfortable enough to give one of them an opportunity.”