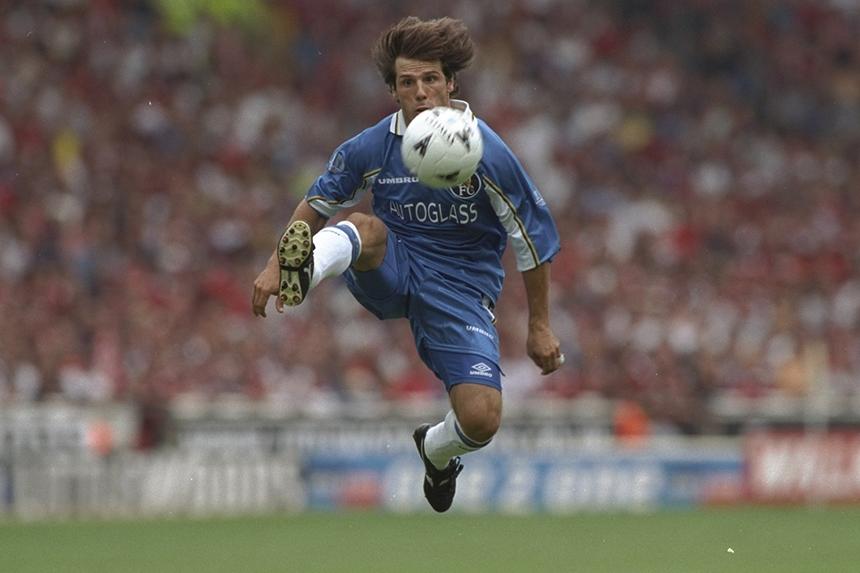 Voted the greatest player in Chelsea's history by Blues fans back in 2003, it came as little surprise to see Gianfranco Zola picked to lead Tore Andre Flo's dream five-a-side team.

"Gianfranco is the best player I have ever played with, he was magical on the ball," says Flo in the video below.

"I think everyone had that feeling in the team, give the ball to Gianfranco and he will do the rest."

Flo also explains why former Chelsea captain Dennis Wise was a natural leader and which Premier League player he considered one of the best defenders in the world.