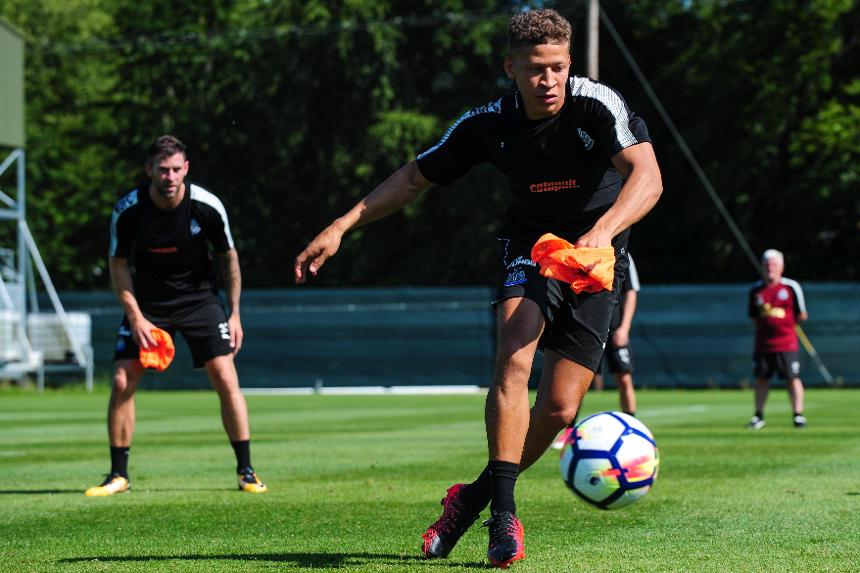 The Scout names the second budget forward on the Fantasy Premier League watchlist.

Newcastle United’s Dwight Gayle (£6.5m) can be a big factor in the early-season plans of FPL managers.

Gayle scored 23 goals from 26 starts and won the PFA Fans’ Championship Player of the Season award in 2016/17.

He produced 88 shots on goal and netted 26.1% of his opportunities.

An average of 24 minutes per shot was again similar to Kane (23 minutes).

Gayle has been quick to demonstrate his FPL potential over the summer period.

In a 45-minute run-out against Heart of Midlothian he scored both goals in a 2-1 away win.

👀 That through-ball from @siemdejong... and @dwightgayle's finish isn't bad either! Watch the full 90 here.

His pace and eye for goal make him the perfect fit for manager Rafael Benitez’s 4-2-3-1 formation.

With an ownership of 11.7%, Gayle is the eighth most selected forward in FPL.

But that popularity could quickly rise if he avoids the hamstring problems that limited him to 32 appearances last season.

A kind opening schedule adds to his appeal.

After the Gameweek 1 home encounter against Spurs, Newcastle face a very promising run.

Each of their matches between Gameweeks 2 and 6 score just two in the Fixture Difficulty Rankings (FDR).

If Gayle can maintain a clinical streak over that run, he will be vital to both Benitez and a growing army of FPL owners.