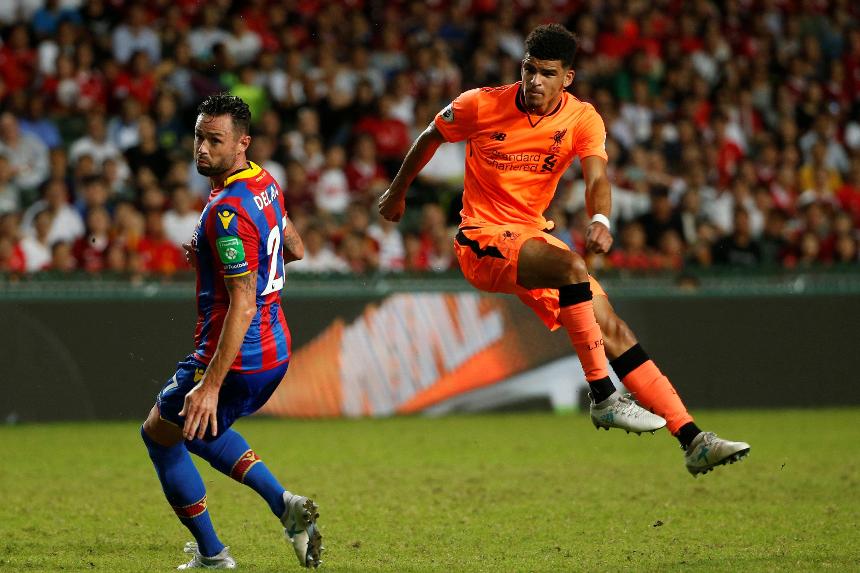 Dominic Solanke scored his first Liverpool goal as the Reds progressed to the final of the Premier League Asia Trophy with a 2-0 win over Crystal Palace.

Solanke's strike from distance and Divock Origi's finish sets up a meeting with Leicester City on Saturday.

It was set up by an audacious flick from Origi, who ensured victory with 10 minutes to play after Philippe Coutinho's shot had deflected into his path.

The final kicks off at 1.30pm BST on Saturday. Crystal Palace meet West Brom in the third-place play-off at 11am BST.