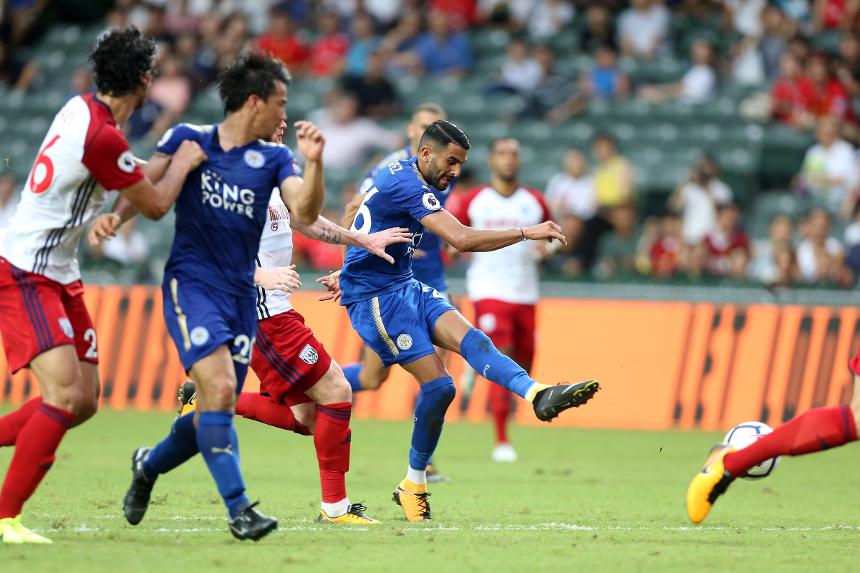 Marc Albrighton sent Leicester City into the final of the Premier League Asia Trophy as the Foxes beat West Bromwich Albion on penalties following a 1-1 draw at Hong Kong Stadium.

West Brom striker Jay Rodriguez scored the opening goal when he smashed into the top corner from 25 yards on 10 minutes.

Leicester quickly equalised thanks to Riyad Mahrez, who weaved through the Albion defence to shoot low beyond goalkeeper Ben Foster.

Level at the final whistle, the first penalty shoot-out using the ABBA system was needed to decide the winner.

The Foxes will play Liverpool, who beat Crystal Palace 2-0 later in the day, in Saturday's final at 1.30pm BST.

West Brom will face Crystal Palace in the third-place play-off at 11am BST on the same day.