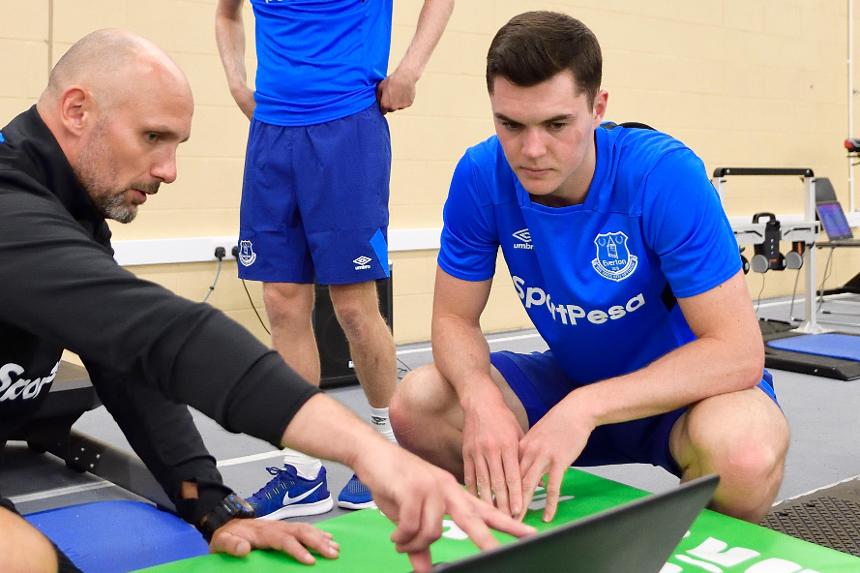 The Scout takes a look at Everton's new signing, whose ability at both ends could make him the standout Toffees pick

Michael Keane’s transfer to Everton should be welcomed by Fantasy Premier League managers.

The towering centre-back will boost Everton's defence, particularly in the air.

Overall, he won 65.8% of his challenges in the air, bettering Everton’s top ranked defender, Phil Jagielka (62.4%).

That dominance helped to improve Keane's FPL returns for clearances, blocks and interceptions (CBI) – a key statistic in the Bonus Points System.

Everton manager Ronald Koeman was undecided over his preferred centre-back partnership in 2016/17.

He handed Jagielka and Ramiro Funes Mori 25 and 16 starts respectively.

But a pairing with Keane and Williams now looks the most likely outcome.

The Toffees ranked fifth for clean sheets (13) and conceded only 44 goals, a total bettered by only five other sides.

Keane’s threat to opponents at set-pieces will also be key to his Fantasy appeal.

He scored twice for Burnley, recording 23 goal attempts and 65 touches in the penalty area.

There is no shortage of options in the Toffees’ defence.

But Keane’s potential to reward his owners with both bonus points and goals gives him an edge.

Early enthusiasm will be dampened by Everton's punishing opening fixtures.

But their schedule improves from Gameweek 6 on, and Koeman's men will then demand investment.

Likely to be priced at £5.5m, Keane’s arrival at Goodison Park could just be one of the most significant trades of the summer for Fantasy managers.

See: Rodriguez or Rondon: Which striker to choose in FPL?