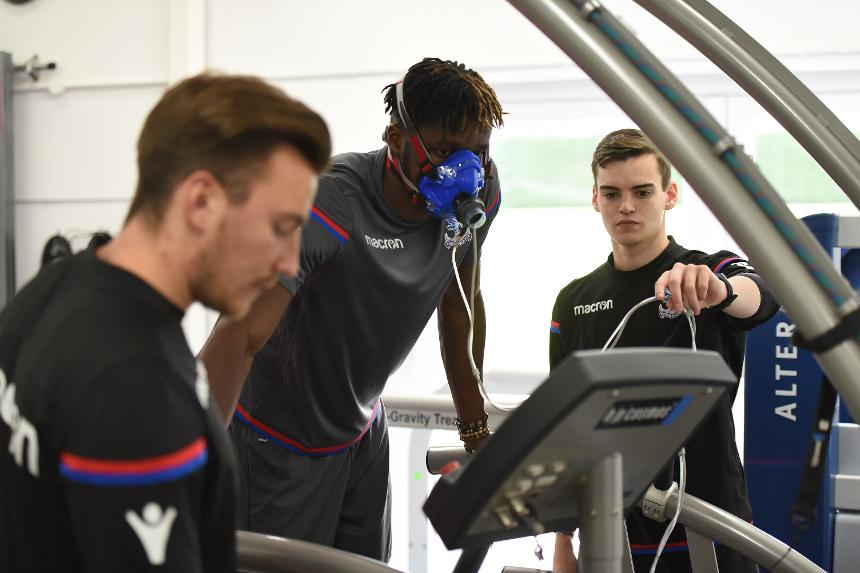 Players Back For Pre-Season External Link

Long runs and gruelling tests. The first day of pre-season is often seen as a day to dread for Premier League footballers.

But have you ever wondered exactly what players have to do when they return from their relaxing summer breaks?

Crystal Palace lifted the lid on what some of their players had to endure on their first day back.

The boys are back in training from today... Here's a look at what goes on ahead of the first full day back! pic.twitter.com/TSxwqGiqmy

"They'll start with some baseline tests that they'll do every day through training, so we can assess their readiness to train," says Ed Reynolds, physiotherapist at Crystal Palace.

"Then they'll go in and see our cardiologist, who will do a routine check of the heart to make sure they're prepared to go and train and play to their maximum."

Not to mention a concussion test and other baseline exercises, this is all before a ball is even kicked. And the hard work has not even started.

Palace will be putting their pre-season preparations to the test when they take part in the Premier League Asia Trophy, in Hong Kong, on 19 and 22 July.