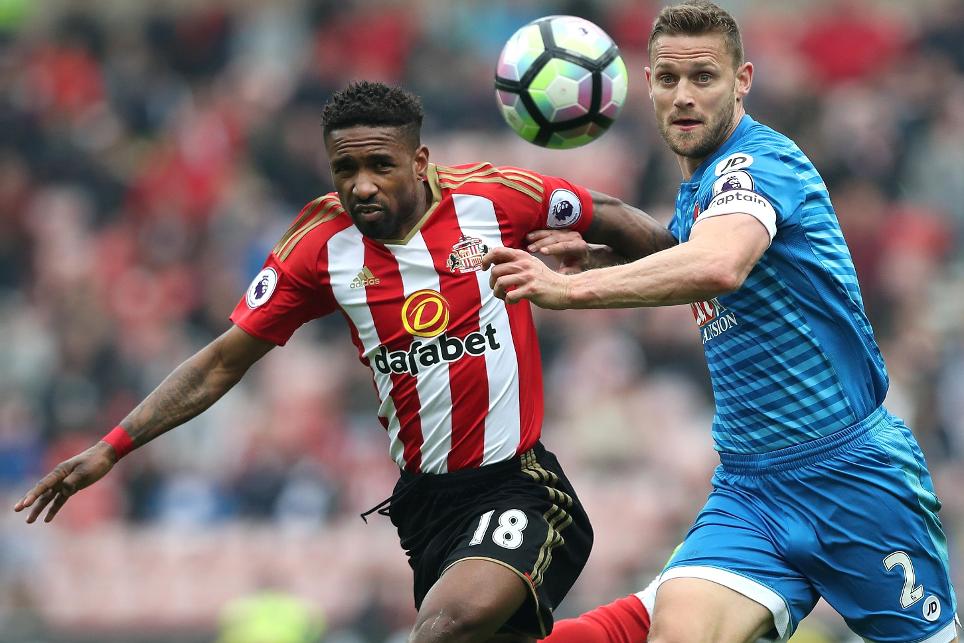 AFC Bournemouth's creativity is set to improve striker's Fantasy output, but at a cost to Joshua King?

Jermain Defoe is back in Fantasy Premier League and ready to provide managers with outstanding value.

Only Swansea City’s Fernando Llorente bettered that among FPL forwards.

That tally was achieved playing for a team who created only 35 "big chances", defined as a situation where a player should reasonably be expected to score usually in a one-on-one scenario or from very close range.

No team recorded fewer of these over the entire season.

Indeed, Defoe scored or assisted 62% of Sunderland’s goals, a share unrivalled by any Premier League regular in 2016/17.

The 34-year-old can expect an improved supply line with the Cherries.

Statistics show that Eddie Howe’s side are well-equipped to feed Defoe’s goal-poaching instincts.

They created a total 65 "big chances" last season and scored 89% of their 55 goals from inside the penalty area.

Only Middlesbrough (92.5%) and Crystal Palace (92%) had a higher percentage of close-range strikes.

Defoe’s arrival is not all good news.

Classified as a midfielder in 2016/17, King could be made a forward having netted 16 goals.

Two of those were penalties, which Defoe may take responsibility for at AFC Bournemouth after scoring five for Sunderland last term.

King could now be deployed in a No 10 role with Defoe as the central striker, giving the new signing the edge in FPL.

Managers can expect to pay more for Defoe than his initial £7.0m valuation at Sunderland.

But with his goalscoring record, and improved service, he can justify a higher price tag and become an almost irresistible FPL option.