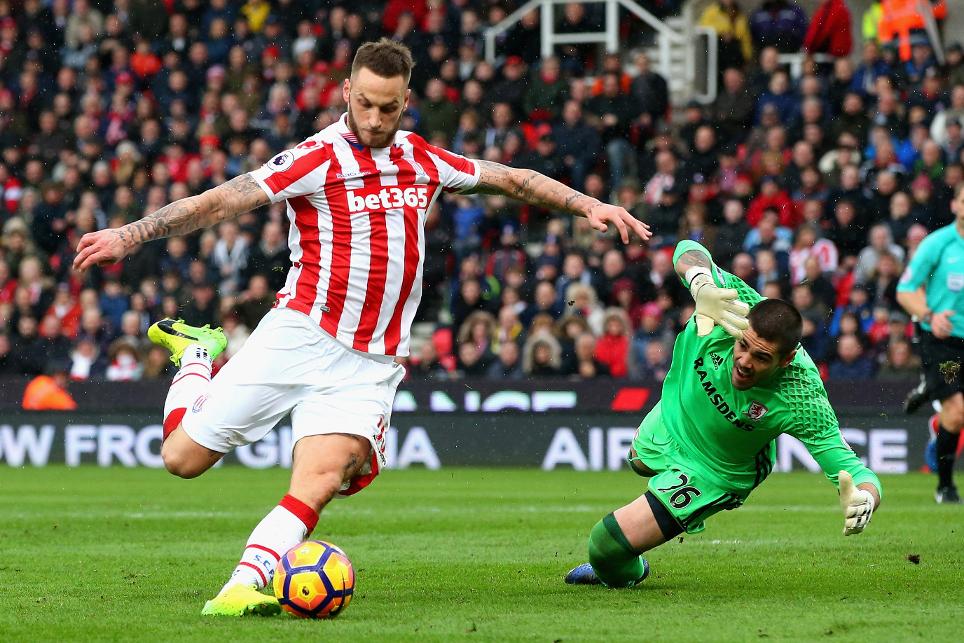 Among the top FPL midfielders for 'big chances' to score, The Scout says managers should not be put off by past wayward shooting

The midfielder was a frustrating figure in 2016/17, producing six goals and seven assists on his way to 117 points.

That was a big dip compared with his previous campaign, when he returned 11 goals, six assists and a career-high 168 FPL points.

Arnautovic was still the go-to attacking option for the Potters, ranking top for both shots (60) and chances created (50).

And FPL managers should note that Mark Hughes clearly sets his side up to supply the Austrian.

The 18 'big chances' that he was presented with in 2015/16 ranked third for all FPL midfielders. (NB: A 'big chance' is a situation where a player should reasonably be expected to score usually in a one-on-one scenario or from very close range).

Last season he placed fifth, with 15.

His recent points decline can be explained by a failure to convert those openings.

But last term he missed 12, more than any other midfielder.

Arnautovic still finished the campaign strongly, however, and Hughes and FPL managers should take encouragement for the new season.

He was involved in 83% of Stoke City’s goals over his final five Gameweek appearances, scoring once and providing four assists.

With a price tag likely be set at £7.0m or less, Arnautovic would be an outstanding midfield option if he can rediscover a clinical touch.