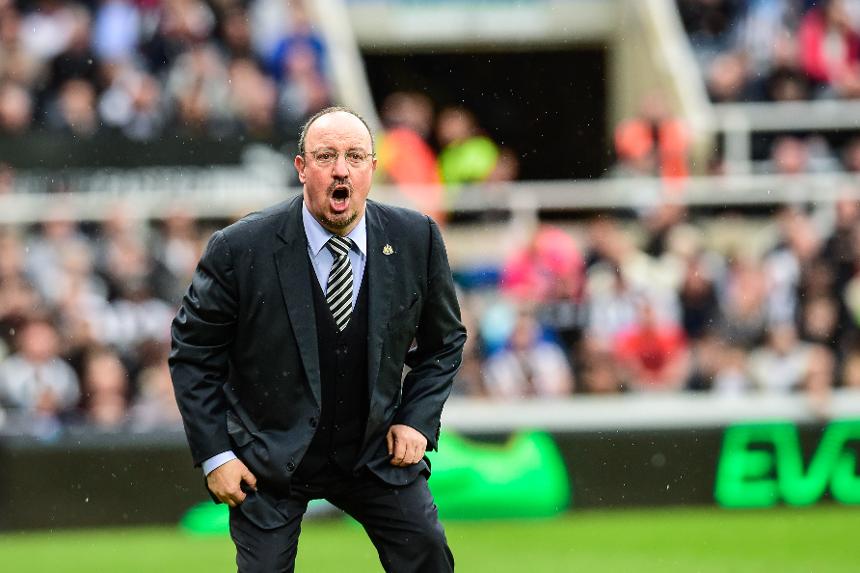 Continuing his analysis of promoted Newcastle United, Adrian Clarke homes in on two areas of Rafa Benitez’s management style sure to have a significant impact in 2017/18.

The Spaniard’s attitude towards the former will be of vital importance during the season ahead.

In their previous two Premier League campaigns the Magpies were nowhere near tight enough on their travels.

A disappointing record of five wins, seven draws and 26 away defeats across those two campaigns ultimately cost them their Premier League status.

Without sacrificing their attacking intent or playing over-defensively, the group developed a collective clean-sheet mentality.

Performing within the fabric of a disciplined 4-4-1-1, or 4-2-3-1 depending on which way you perceive the shape, they set themselves up to be hard to break down.

This is a classic tactical stance from Benitez, who rarely takes risks.

It is a mindset that should aid them in 2017/18. Picking up bonus points on their travels will be integral to their hopes of staying up.

In many respects Benitez was the pioneer of “rotation”; something he brought to the fore with Valencia in the early 2000s and has maintained throughout his illustrious managerial career.

A despiser of complacency, Benitez revels in keeping his players on their toes.

With rest and recuperation also prominent in his thinking, the Newcastle head coach named the same line-up in consecutive league matches only twice last season.

Particularly in forward areas, we saw a raft of match-by-match tweaks.

There are pros and cons to this strategy. The team’s fluency was sometimes affected, but in a 46-match season it worked well for the Magpies.

Will Newcastle continue to chop and change in a 38-match Premier League campaign?

I think so. Benitez asks individuals to perform with high intensity, and he will happily leave key men out of certain contests to ensure they are mentally and physically fresh for the next match. It has always been his mantra.

In total 16 players made more than 10 Championship starts last term, with centre-back Ciaran Clark the only outfielder not to make an appearance from the bench.

Benitez firmly believes football is a squad game. Most members of his first-team group will see plenty of action in the upcoming campaign.

See: Newcastle to whip up a storm at set-pieces