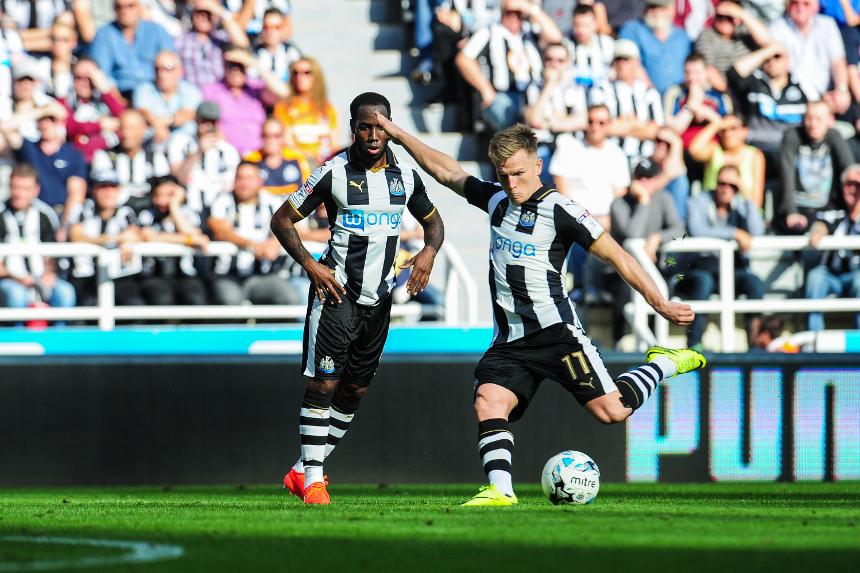 Adrian Clarke begins a three-part look at the Magpies, who will carry a distinct threat in 2017/18

In the first of a three-part series on the Magpies he looks at one of their newest strengths.

Rafa Benitez has improved many aspects of Newcastle United’s play, but no area of their game has improved more than their ability to attack set-pieces.

During Alan Pardew’s four-year reign as manager up to 2014 it was a rare sight for the Toon Army to celebrate goals from dead-ball situations.

They didn't manage more than eight in a season during that period. But Benitez has inspired a dramatic transformation.

The Championship’s most productive side from set-pieces, the Magpies scored a total of 25 goals from corners and free-kicks last term.

Premier League scouts and managers will be well aware of their threat, but dealing with it will not be easy to plan for.

Newcastle do not rely on any particular players or combinations to profit so handsomely from set-pieces.

When they put bodies into the box there is never purely one obvious threat.

While Matt Ritchie and Jonjo Shelvey play a prominent role in terms of consistent high-quality deliveries, a wide range of players chip in with goals and assists.

Towering central defenders Jamaal Lascelles and Ciaran Clark, plus forward Yoan Gouffran, chipped in with three goals apiece from corners and wide free-kicks. But overall 12 individuals got their names on the scoresheet from such situations.

This diversity was also echoed in their direct free-kicks.

Dwight Gayle and Christian Atsu both scored with excellent strikes from outside the box, along with the aforementioned Ritchie and Shelvey.

When goalkeepers line up their walls next season, they will not be certain of who the chief threat will be. The Magpies have plenty of options up their sleeve.

Devil in the detail

Newcastle’s useful blend of height and technical ability has of course played its part in their set-piece revolution, but credit must also go to the coaching staff for their diligence.

Having identified the importance of dead balls, Benitez put coaches Mikel Antia and Antonio Gomez Perez in charge of that area in 2016/17.

Together they worked tirelessly on and off the training ground to plot routines and devise ways of exposing opposition weaknesses.

This renowned attention to detail from the Spaniard and his backroom staff has also aided Newcastle's cause at the other end of the pitch.

Conceding only 10 goals from set-pieces in 46 league matches, they were the third most successful Championship team in terms of defending dead balls.

Whether in attack or defence Benitez’s men will be extremely well drilled during the upcoming campaign.

See: Gayle has the Wright stuff for Newcastle