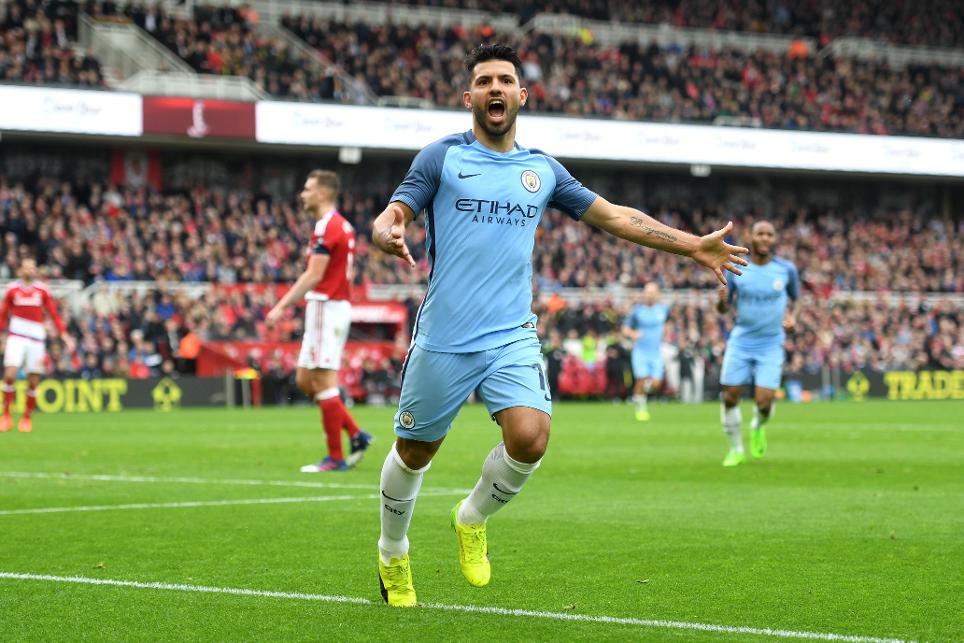 In third part of our series, champion Ben Crabtree reveals Aguero influence and how he changed tactics to maximise FPL chips

Captain Kane can lead us to glory next season
Exclusive: Liverpool not an option for FPL winner
Forward faith focal to FPL champion's triumph

﻿Ben Crabtree waited until the final Gameweek before claiming the top spot in the 2016/17 Fantasy Premier League, enjoying three superb final Gameweeks before clinching the crown.

The use of his Wildcard and remaining chips were vital to that outcome.

With the chips introduced in the 2015/16 campaign, we sat down with Ben to ask what he had learned from that first season and how he adapted his strategy to find success this time around.

Previously I have saved the first Wildcard until late and end up forcing it through, even when I don't need to use it. But this time I used it early in the season – in Gameweek 6.

It all centred around Manchester City's Sergio Aguero.

He was returning from suspension and, with his price, the Wildcard looked the best method of getting him back.

Although it was followed by a couple of bad scores, at the time, I didn't feel that I had made a mistake. I think I would have been worse off had I delayed further.

With the second Wildcard, I used it to set things up as perfectly as possible for my Bench Boost chip and the big Double Gameweek 37.

In 2015/16 I played the Bench Boost in Gameweek 34 and was punished by Tottenham Hotspur players, who I had sold.

I should have played the Triple Captain in that week and Bench Boosted later in Gameweek 37. So, a year on, I changed my strategy.

Basically, with the Bench Boost, I want the best chance of having 15 players playing twice.

While some of my rivals at the top used their Wildcard weeks before Gameweek 36, I wanted to wait until the last moment.

I was looking for the maximum amount of information before I used the Wildcard so that my Bench Boost in Gameweek 37 could be more effective.

Ben's use of his chips follows an almost accepted strategy.

He played the first Wildcard early in the season to reconstruct his squad around a key and expensive transfer target – in this case, Aguero.

This early rebuilding programme is now a common tactic used by FPL managers who realise the merits of taking action if they feel they have missed out on some major assets.

Ben's chosen strategy with the second Wildcard - alongside with the Bench Boost chip – is now a classic ploy.

Like many FPL managers, Ben targeted Gameweek 37 with the Bench Boost and looked to use the Wildcard to set up his squad in Gameweek 36.

As he points out, having information and data is key to this decision.

If the Wildcard can be delayed until immediately before the Bench Boost, there is a greater chance that both will be more efficient.

The combination proved devastating for Ben – he ranked 6,480 in Gameweek 37 to climb to second, setting him up for the final day triumph.

We can expect to see Ben and others use similar tactics used next season, although much depends on the structure and timing of the Double Gameweeks.

See: Captain Kane can lead us to glory next season