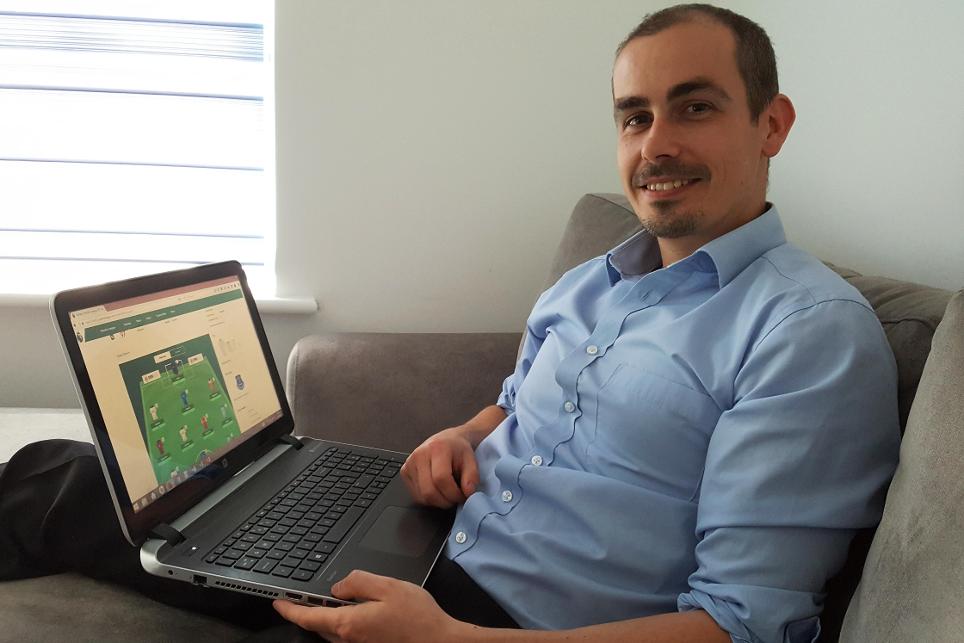 To beat over 4.5million rivals to the Fantasy Premier League title is no mean feat, but to do so without using a single Liverpool player all season is nothing short of remarkable.

Yet that is exactly what this season's winner Ben Crabtree, a die-hard Everton fan did, leaving out free-scoring Roberto Firmino, Philippe Coutinho and Sadio Mane on his way to being crowned 2016/17 FPL champion.

"I've always done that," Ben, whose previous best-ever finish was 353rd five years ago, exclusively told the FPL Show. "Even when Suarez was banging in 30 goals, I just took the pain when everyone was captaining him."

Heading into the final Gameweek of this season Ben was two points behind the leader, Uwais Ahmed, and he was convinced his rival for the title would swoop for Coutinho, who appeared to be a key Gameweek 38 target.

"It wasn't something I considered doing throughout the season although I was expecting Uwais Ahmed to put in Coutinho definitely on the last Gameweek, I was a little bit concerned about what he might do."

Coutinho scored, but Ben stuck to his guns and his team, FC Crab Dogg, edged ahead with the help of final Gameweek signings Diego Costa and Junior Stanislas, the latter coming off his bench to replace the injured Joshua King and give him nine crucial points.

"I wanted to strengthen my bench. I only had one player who played on my bench and with such selection headaches and possible rotations on the last day I felt that I needed at least two players who were going to play.

"I needed a Chelsea attacking player because I thought it could be a big score, and the fact that Stanislas was quite nicely priced, capable of scoring and also away at Leicester, who had been bettered a few days earlier, I thought he was a good shout."

The rollercoaster of emotions on the final day was almost too much to bear as 37 goals flew in for what was a joint-record for a Matchweek of 10 Premier League fixtures and a nerve-shredding afternoon for the 31-year-old.

"Even when Stanislas scored straight away I didn’t particularly celebrate. I just thought it was going to be one of those weeks when anything can happen.

"It was only when Ben Davies scored that I felt it was within grasp and that probably edged me ahead, although it did seem to be cancelled out quite quickly with [Cesc] Fabregas’s assist."

Eventually his win, by five points, was confirmed setting his phone abuzz with interest from friends, family and journalists alike.

"It's been a really strange few days since it's happened. I didn’t realise there was so much interest in it, but it feels really good."