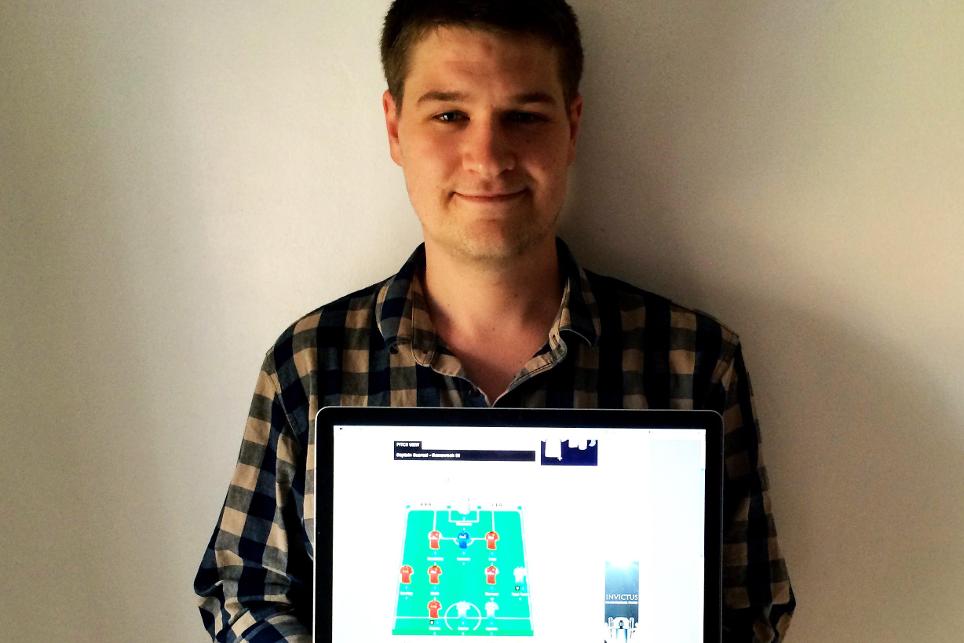 Premierleague.com spoke to the overall 2013/14 Fantasy Premier League champion Tom Fenley, who got the better of 3.2m fellow managers to win the title by a single point.

Fans of the Premier League were treated to one of its most dramatic title races in 2013/14, with Manchester City edging ahead at the vital moment to become champions, but it was even more closely fought at the top of FPL, where Fenley endured a nerve-racking final day before being crowned overall winner by the slenderest of margins.

With a seven-day break in the United Kingdom to play for – a prize which includes trips to major tourist attractions in partnership with Visit Britain – and VIP tickets to two Premier League matches in the 2014/15 season at stake, Fenley edged the second-closest title race in FPL history with 2634 points.

Fenley's team, 'Captain Suarez!', went into Gameweek 38 with a 13-point advantage over Canadian manager Borna Gamulin, who had surged into the title reckoning with an impressive 118-point haul in Gameweek 37. That score was significantly boosted by the 50 points notched by captain Edin Dzeko, who fired Man City into the ascendancy with four goals in the final Gameweek.

But Fenley held on by just a single point, despite a late yellow card for Man City forward Sergio Aguero and an opportunity with an open goal at his mercy that he spurned. Fenley's decision to stick with Arsenal midfielder Aaron Ramsey, who scored an exquisite volley in a final day win over Norwich City, also helped him finish top of 3,218,957 managers.

"It's an incredible achievement to beat that many people at anything, especially with that ending," Liverpool fan Fenley told premierleague.com. "I couldn't believe the second half of those matches. Aguero missing that goal and then picking up a silly yellow card – the yellow card, I thought, might have cost me the title. Winning by that one-point margin was pretty nerve-racking, especially because Borna had made fewer transfers."

The 26-year-old sculptor of contemporary art watched the final day's action unfold on Sky Sports at his local pub in Oxford, England, with a few friends, and he admitted he was not sure whether or not he had won the title until the confirmation came via email the following day.

"I actually didn't know for hours after the final whistle because it was just all so up in the air with the bonus points and everything," he recalled. "Then I received a few texts from mates but I don't have a smart phone so I didn't keep track of it myself, so I had to hear it through the grapevine. Even when I was getting these texts I still wasn't sure. It was a rollercoaster of emotions.

"In the pub we were keeping track of everything with a rudimentary spreadsheet, so we knew it would be close and come down to bonus points. The last Gameweek, he [Borna] had come out of nowhere really. Captaining Dzeko the week before, which was magnificent, really scared me.

"I just thought I would play it safe, and because I knew Borna had Dzeko I brought Dzeko in too. It was quite an easy decision to make really.

"I was thinking about bringing [Leighton] Baines in as well to cover him. There was also a big doubt about Ramsey starting, so Baines would have come in for Ramsey – luckily I made the right decision."

That decision was vindicated when Arsenal midfielder Ramsey, who returned to the scintillating form he displayed in the first half of the campaign before injury, scored with a perfectly struck volley at Norwich.

While Ramsey contributed to Fenley's success, he said that Luis Suarez, who scored 31 league goals for Liverpool despite missing the first five matches through suspension, was the star of his aptly named team.

"Yeah, absolutely - I captained him 22 times," he added. "I brought him in the week after he came back and he had such an explosive start. He just had a spectacular season. I couldn't have done it without him being on such good form, so a big thank you to Luis! It made it a bit easier because I could leave the captaincy on him and focus on the rest of the team."

Fenley said the key to his success was to "be rational, don't overthink transfers and watch the matches". He added: "If you watch the matches it makes a big difference because you can see who's on form and it's the best indicator of who to bring in."

An "integral" part of his triumph was the decision to sign up as a member of Fantasy Football Scout, which provides in-depth statistics and previews for FPL users worldwide. He became the first member to win the overall title in his first season on the site.

The previous best finish for Fenley was 79,653 in the 2012/13 campaign, during which he had travelled across Europe for three months. The absence of travelling coupled with a job change that freed up his weekends also contributed to his ability to aim a full tilt at the overall crown this time around.

"I like how it makes matches more interesting to watch," he added. "Even if you don't have players involved in a match you can scout targets and see what form teams are in, if your players are playing them next week, and it just allows you to be more immersed in the Premier League.

“You get to know the teams and the players more, be more aware of the narratives that make it such a fascinating league."

On the prospect of defending his crown next season, he added: "At first I thought, 'that's it, I'm not playing again; I'm never going to win it again so I can focus on other things', but I think I will have a team. There certainly won't be any expectations, though."

The triumph also offers Fenley the opportunity to watch his beloved Liverpool, whom he has supported for as long as he can remember.

"It should be great fun and thing about this prize is that, although I'm from the UK, I'll get to do a lot of things that I'd never do even though they're on my doorstep,” he said. “If I do get to go to Anfield, that would be a dream come true, so I couldn't be happier, really.

"I would like to say thank you to the FPL team for making such a great game, thanks to my long-suffering girlfriend, family and friends. I would also like to thank the other players, especially the top 10. Luke Weston, who was No1 for so long, I feel really sorry for him, and Borna who really scared me at the end."